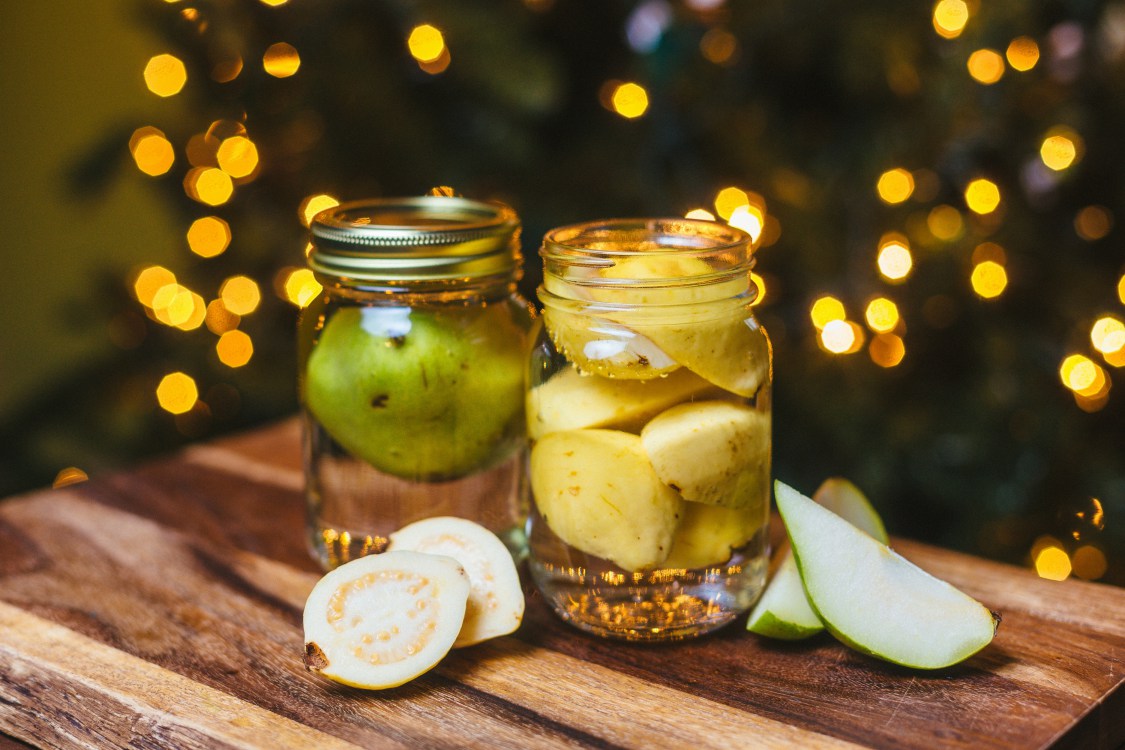 I’m gifting the gift of infused vodka this Christmas. Last year I made cranberry infused vodka and it was such a hit with my friends I decide to make two different kinds this year, pear and guava.

Today I want to share with you a simple pear and guava vodka infusion that you can easily make in less than five minutes. Ready to sip on in five to seven days these infusions make for great gifts.  What I love about infusing is that it can be made with the season – berries in the summer, citrus in the winter or cranberries and guavas for Christmas.  Last, but not least, you know exactly what is in your vodka – nothing artificial, no hard to pronounce words on the back of the bottle –yuck! 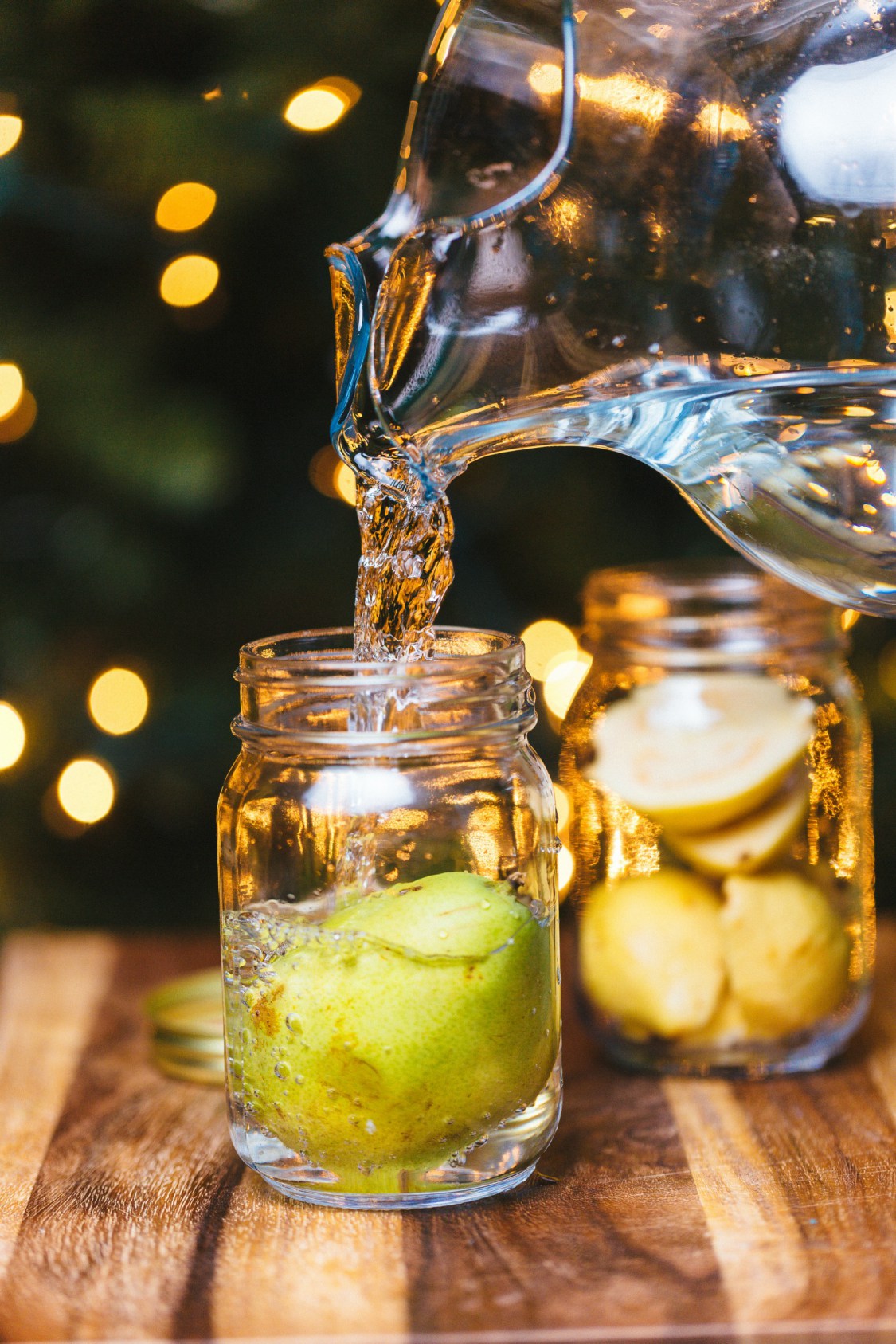 First up is a pear infused vodka. I made this infusion a few years ago, as a gift to my Thanksgiving guests. An entire pear is place in a canning jar, then topped with vodka -it’s that easy. I spotted this infusion in a Martha Stewart Living Magazine a few years ago, and have been making it ever since. If you would like your vodka to infuse faster you can prick the pear with a fork or toothpick, but know the pear will break down slightly. 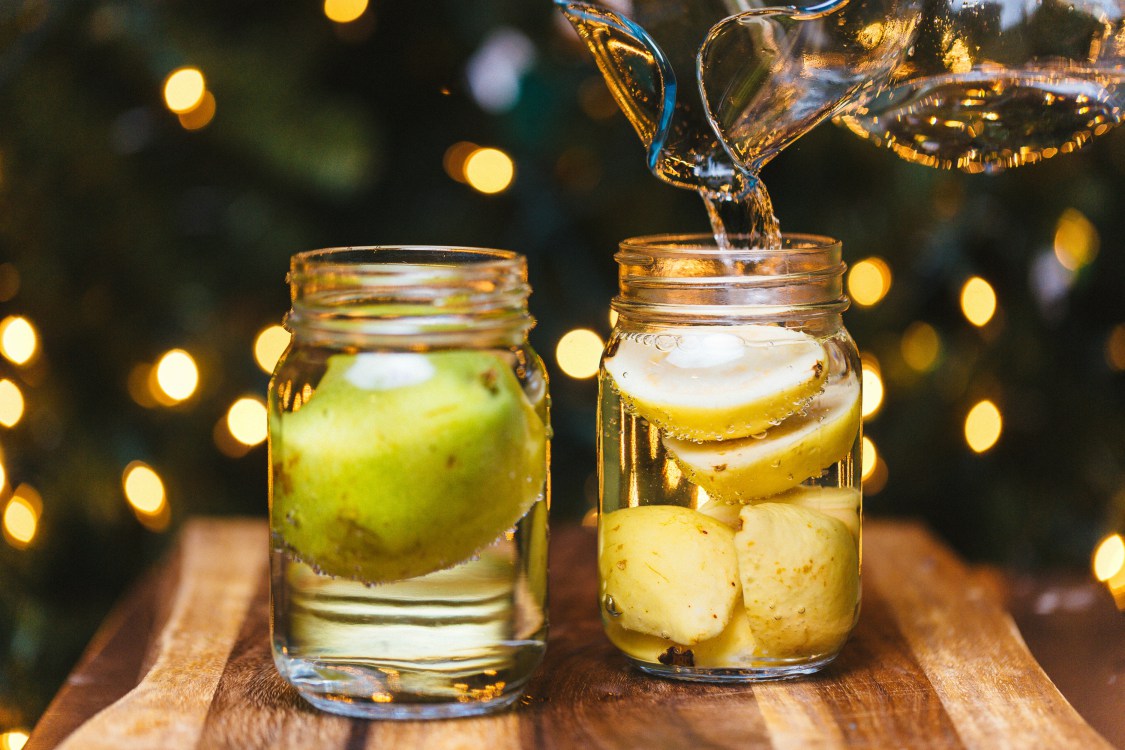 Second is guavas. Guavas remind me of my abuelito. He had a small guava tree in his backyard and ate them so much he often smelled of guavas, so the smell of guavas reminds me of him. To make the guava infusion, simply slice the guavas in half, place in a canning jar and top with vodka. You will need to strain the vodka once infused since the vodka will break up the guavas releasing much of the seeds. 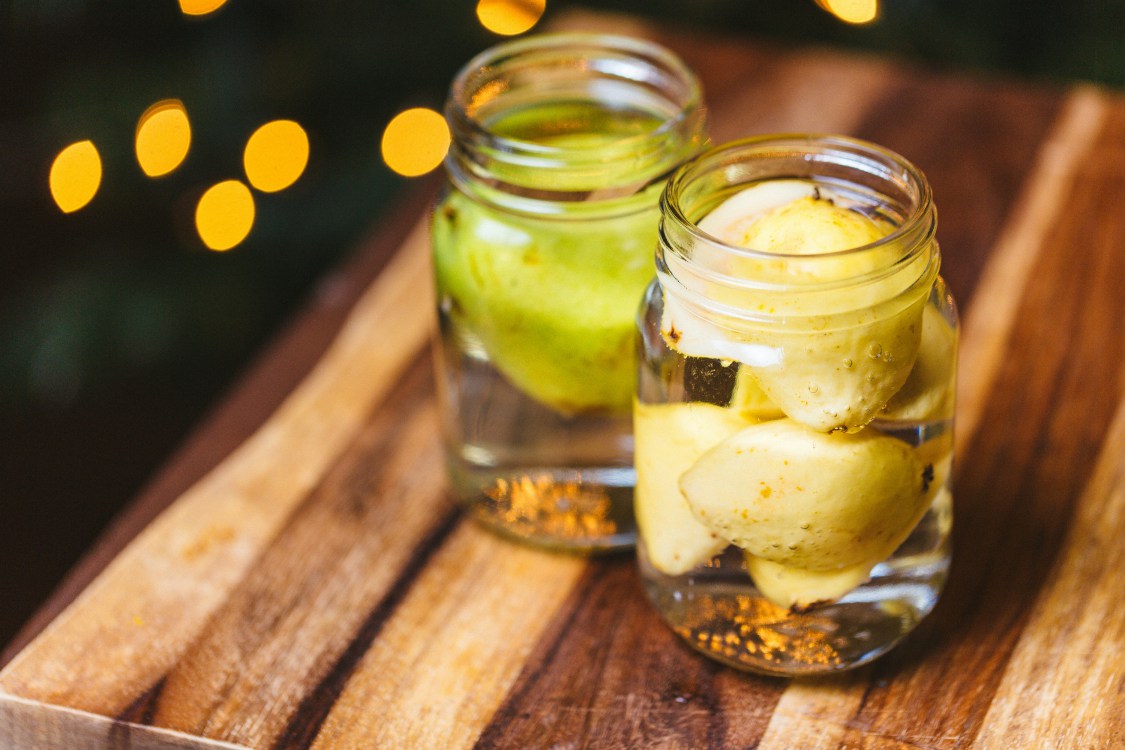 Infused vodka is great to sip after a long day or wonderful as a base for cocktails. Pear and guava infused vodka is a fun hostess gift for the holidays or homemade gift, and a fun way to dip your feet into the world of infusing.  Trust me, once you do it and taste the difference, you will be hooked!

Hire Sweet Life for your next party or event!