We’re on day 4 of Selena Week! So far I have shared  Tex-Mex Pizza inspired by Selena, the Olive Garden Salad with Spicy Dressing Selena was obsessed with and a cocktail lovingly named after one of her BIGGEST songs the Dreaming of You Creamy Coca-Cola Cocktail

Today I’m sharing the dessert I paired with the Dreaming of You cocktail which was inspired by Selena’s partnership with Cocoa-Cola. 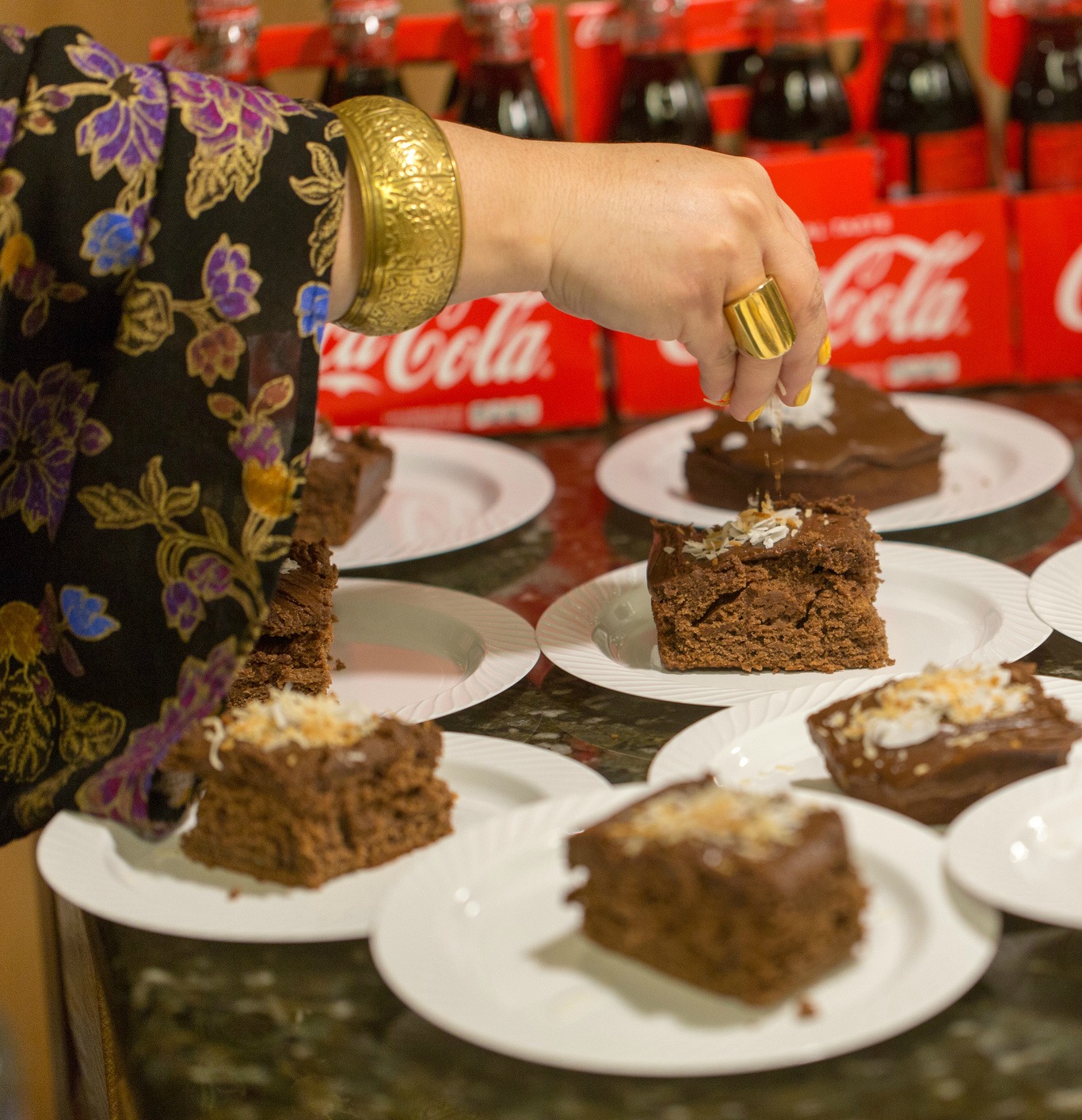 Bring on the dessert!

Guys, there was no way I would host a Selena inspired dinner and not have something sweet to offer my guests.

Yesterday I touched on how Selena was a spokesperson for Coca-Cola from 1989 until the time of her death. She filmed three commercial with Coca-Cola where she belts out a catchy tune, and true Selena fashion showcases her dancing skills. 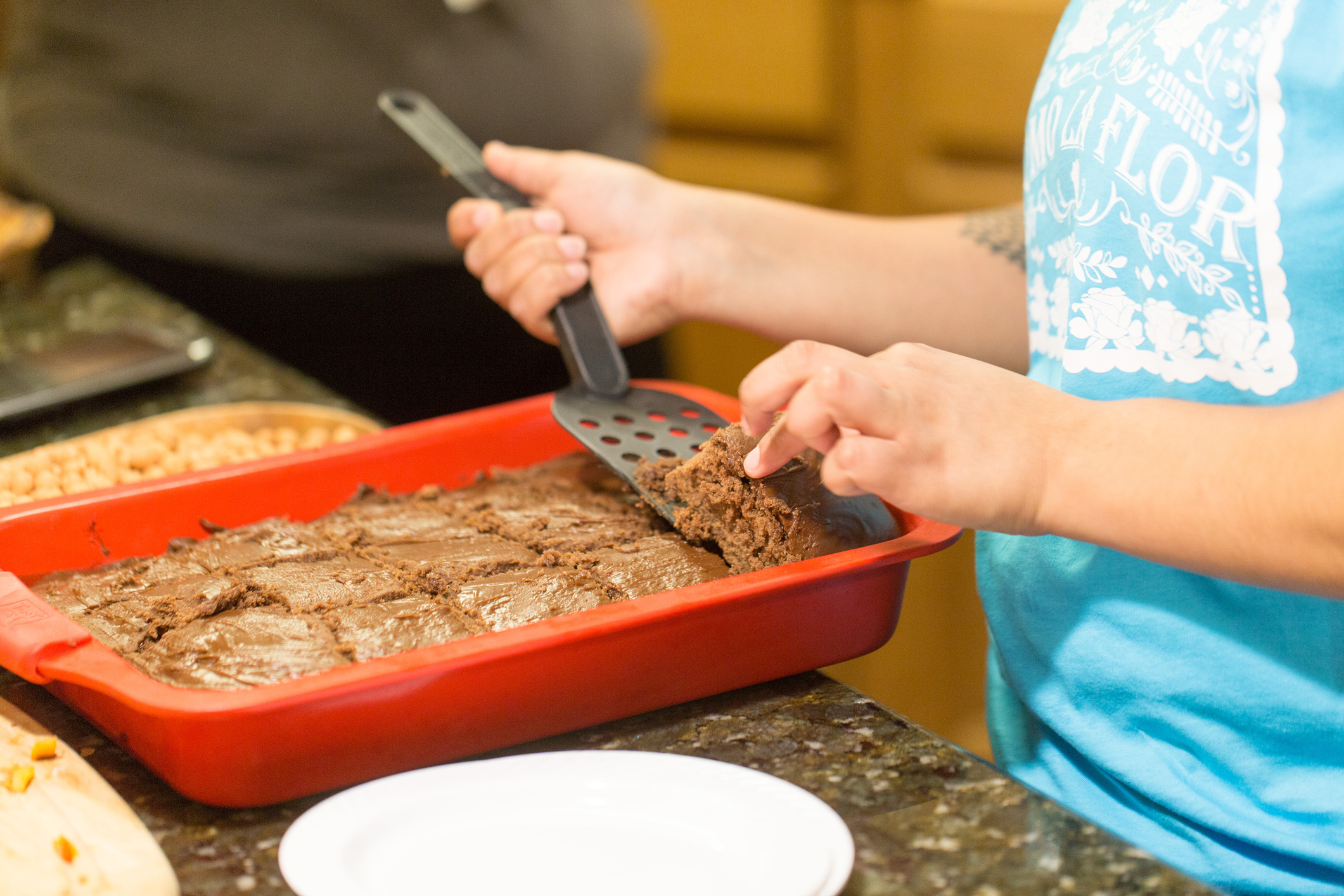 Do yourself a favor and google her commercial – IT. IS. AMAZING!

Today I wanted to pay homage to Selena’s Coca Cola fantastic commercial by sharing a Coca-Cola cake topped with a Coca-Cola glaze and garnished with toasted coconut. I paired it with the Dreaming of You Creamy Cocoa-Cola cocktail.

My guests loved it. This cake is great for pot-lucks or Sunday dinner and feel free to swap out the Cocoa-Cola for Dr.Pepper (totally Texas). 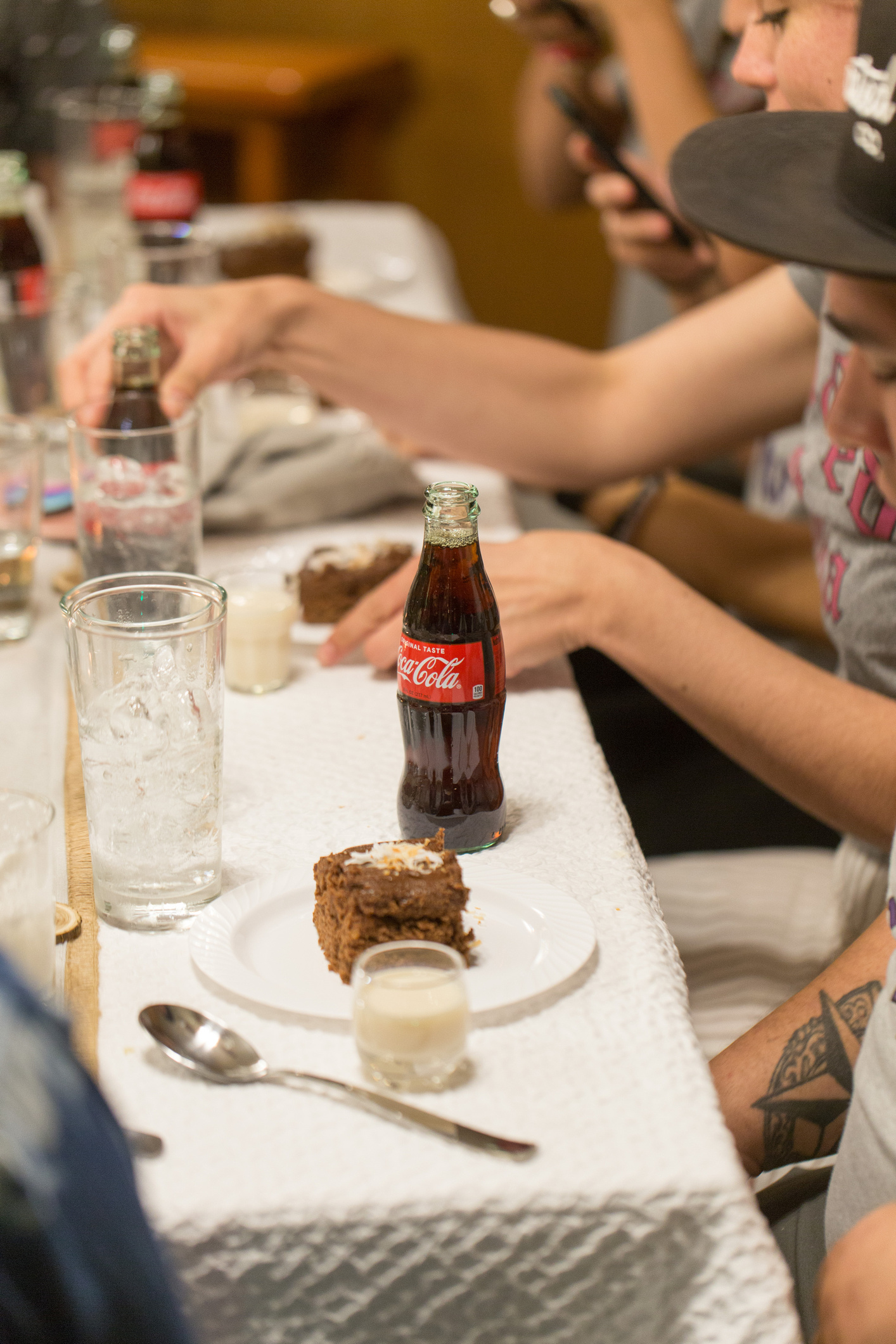 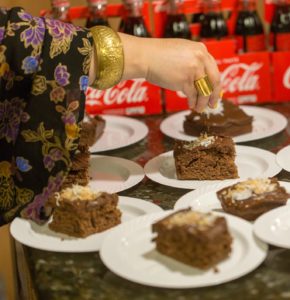 A decadent cake that pays homage to Selena’s Cocoa Cola fantastic commercial.  A Coca-Cola cake topped with a Coca-Cola glaze and garnished with toasted coconut.

In a large bowl, whisk the first five ingredients. In a small saucepan, combine cola, butter and cocoa; bring just to a boil, stirring occasionally. Add to flour mixture, stirring just until moistened.

Transfer to prepared pan. Bake 25-30 minutes or until a toothpick inserted in center comes out clean.

About 15 minutes before cake is done, prepare glaze. In a small saucepan, bring cola to a boil; cook 12-15 minutes or until liquid is reduced to 1/2 cup. Stir in butter and cocoa until butter is melted; remove from heat. Add confectioner’s sugar; stir until smooth. Pour immediately over hot cake.

recipe from Taste of Home