Growing up the norm in our house was a pot of beans.  Well, not much has changed as I each week make a pot of beans for my family.   Beans aside from being a Hispanic staple are versatile in meal planning.  The possibilities for beans are endless, appetizers, breakfast, brunch, sides, soups and even desserts, yes desserts (more on this later).   As I gaze through any new cookbook my fingers quickly skim the pages for any sign of a new bean recipe.  When I came upon this Pinto Bean Chowder I was intrigued, one associates chowder with seafood, corn or potatoes, but beans..the was no question I had to try this recipe.  The base of the soup is not  milk or cream, beans itself are used which results in a hearty soup.

Beans are pureed with chicken stock to create a thickening sauce for  the soup.  Corn is blackened then simmered with bacon, onion, bell peppers, carrots and celery.  Jalapenos are added for a kick of heat, not feeling the heat, de seed the jalapenos, add as followed for a slight ting in the background.  The recipe calls for 2 cups of beans, the perfect opportunity to rejuvenate a dwindling pot of beans.  Crunched for time on a busy week, try canned beans. 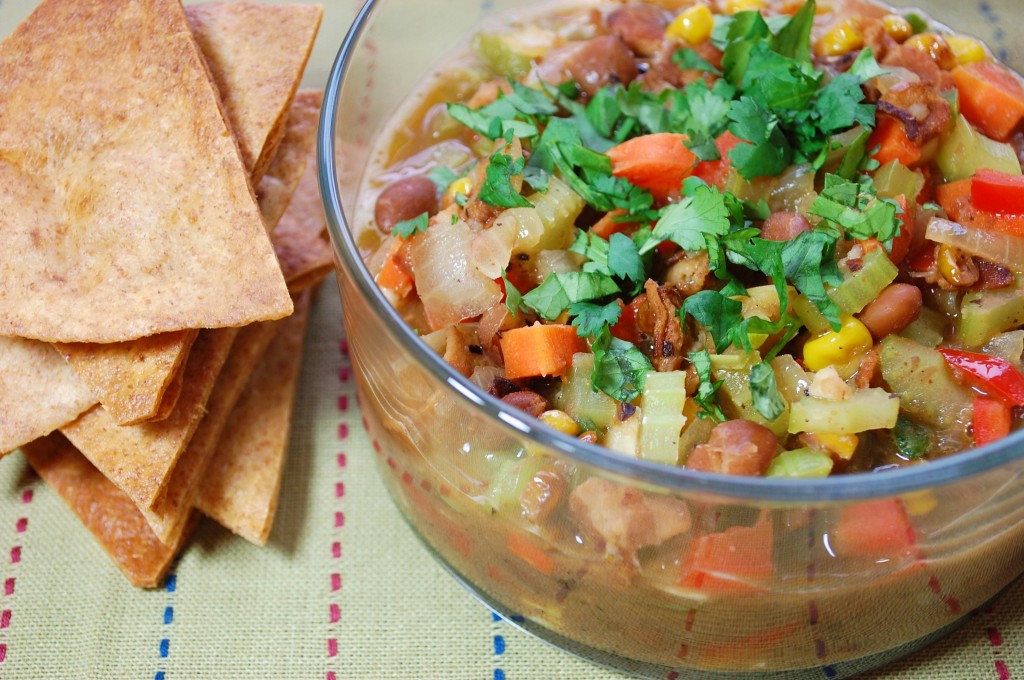 What Julia Child and Jacques Pepin have done for modern French Cooking, what Diana Kennedy did for Mexican Cooking, Grady Spears has done and continues to do for Cowboy Cooking. What Mark Miller is to Southwestern Cuisine, what Emeril Lagasse is to Modern American Cuisine, Grady Spears is to Cowboy Cuisine. Putting his indelible brand on the genre, he is both creator and charismatic personality, enthralling cooks of all levels of expertise with his endearing, joyous approach to hearty fare. Named one of the Top Five Chefs of 1998 by Restaurant and Institutions, and Rising Star of 1999 by Restaurant Hospitality Magazine, Grady’s work has been widely praised in such prestigious publications as The New York Times, Texas Monthly, P.O.V., Martha Stewart Living, Country Homes, Southern Living, and countless others.  Grady a Forth Worth Native, prefers to be called a Cowboy Cook than Chef.