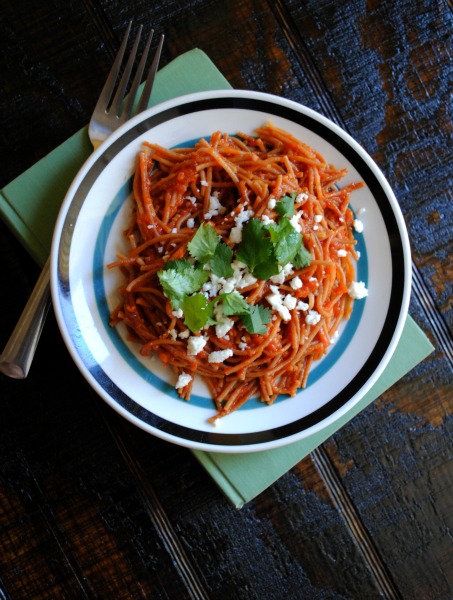 Growing up fideo was a weekly meal in our home.  A celebrated pantry staple that works wonders for raising a family on a tight budget. A box of fideo ran for as little as 17 cents a box. Funny today they still run about the same price, but now you can buy them by the case (which I do).  My mom made still makes the best sopita de fideo flavored with tomatoes, garlic, onion and cilantro. Swimming in chicken broth this sopita is true Mexican comfort food. Introduced to babies as one of their first soups or used to ease the body when sick fideo is also a great go to for the season of Lent.

During lent we do a fideo swap out, instead of a brothy caldito de fideo we turn to canned tomatoes that add a thicker base for our meatless meal.  We serve this sopa seca de fideo with thick slices of queso fresco and a stack of warm tortillas. Warm to the belly, no one misses the protein. 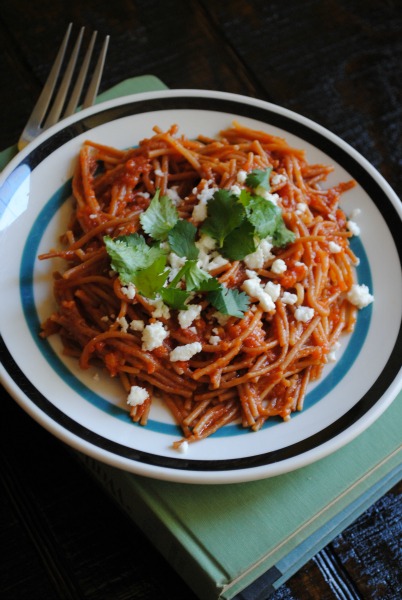 Fideo is lightly fried until golden brown, set aside to drain,  a base of pureed tomatoes, onion and garlic is then added to the oil.  As it sizzles the base thickens allowing the ingredients to mingle together to add a layer of depth.  Fresh tomatoes can be used when in season, but quality canned tomatoes are a great substitute and always in my pantry. 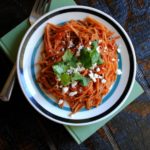 Sweet Life: This is a sponsored post with Hunt’s. I was compensated for recipe development. My thoughts, love and passion remain my own.