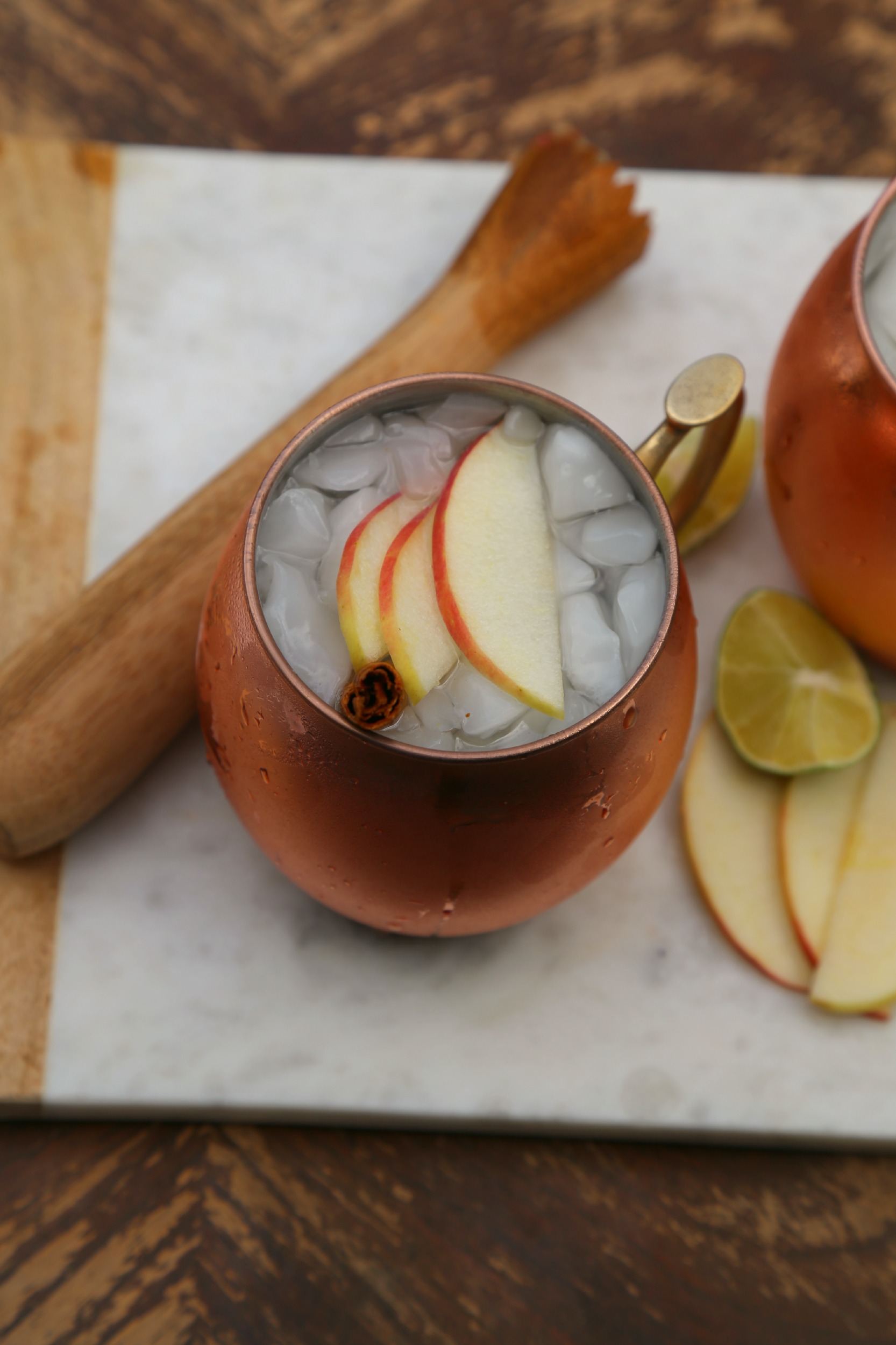 Raise your hand if you love Moscow Mules? A simple cocktail made of vodka, ginger beer and lime juice this cocktail dates back to the 1940s and is currently having a major comeback moment. Walk into any bar and you most likely will find the Moscow mule highlighted on the menu. 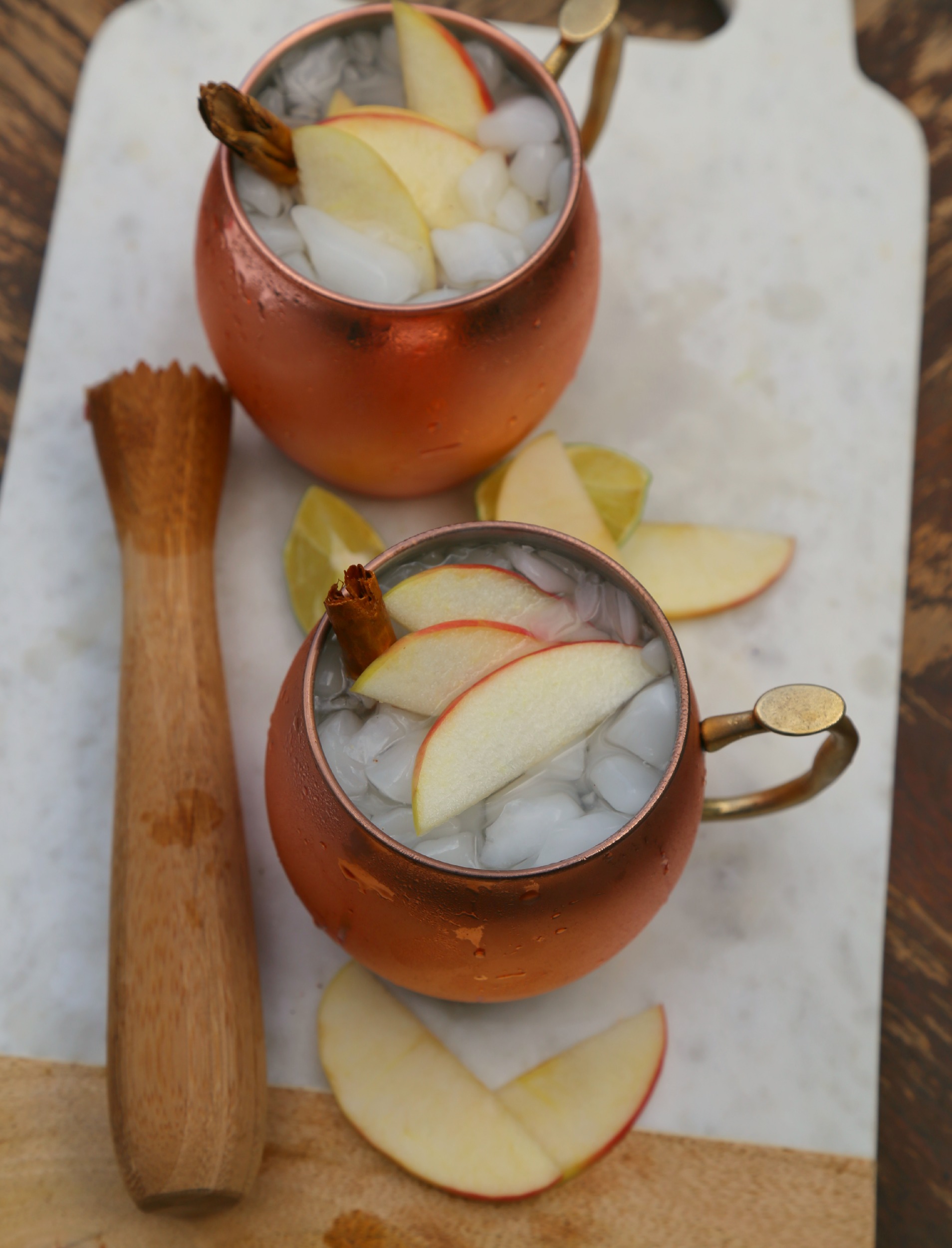 I personally do not believe they should only be whipped up during the summer.  Why neglect yourself all that gingery goodness? Plus ginger pairs perfectly with fall flavors – apple, pears, cloves and cinnamon. Today I want to share with you a apple-cinnamon Moscow mule that would be great for your next holiday party, brunch or simply for good old fashioned sister time. My little sis gave these apple-cinnamon Moscow mules two thumbs up.

We are going to do a bit of muddling to make this mule. We will muddle a few thick slices of apples with a splash of lime juice and a sprinkle of cinnamon. The muddling plus the lime juice help to release/breakdown the apple to create a light tart/sweet syrup. Top it off with vodka and ginger beer and hello apple-cinnamon Moscow mule. ¡Salud! 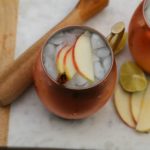