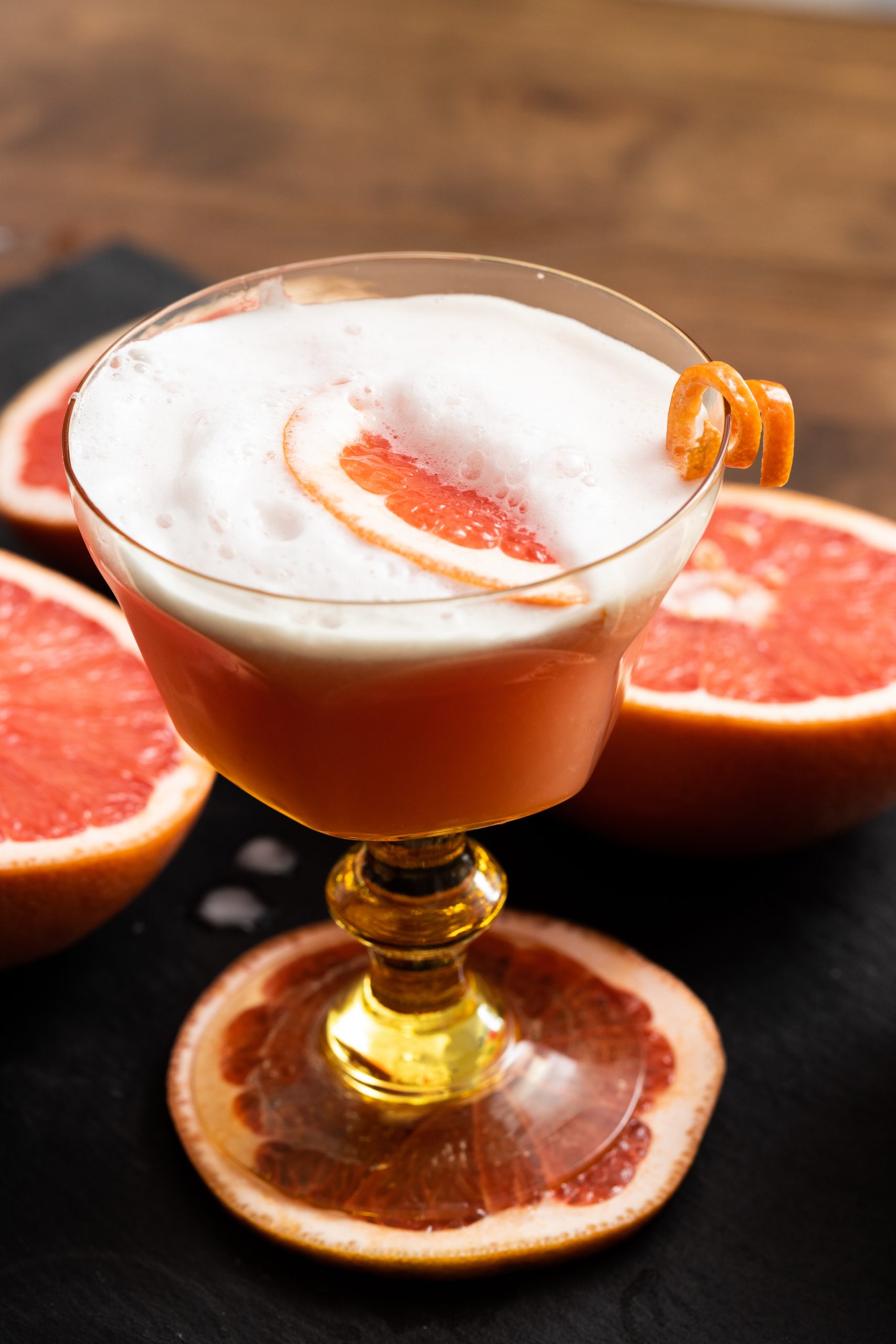 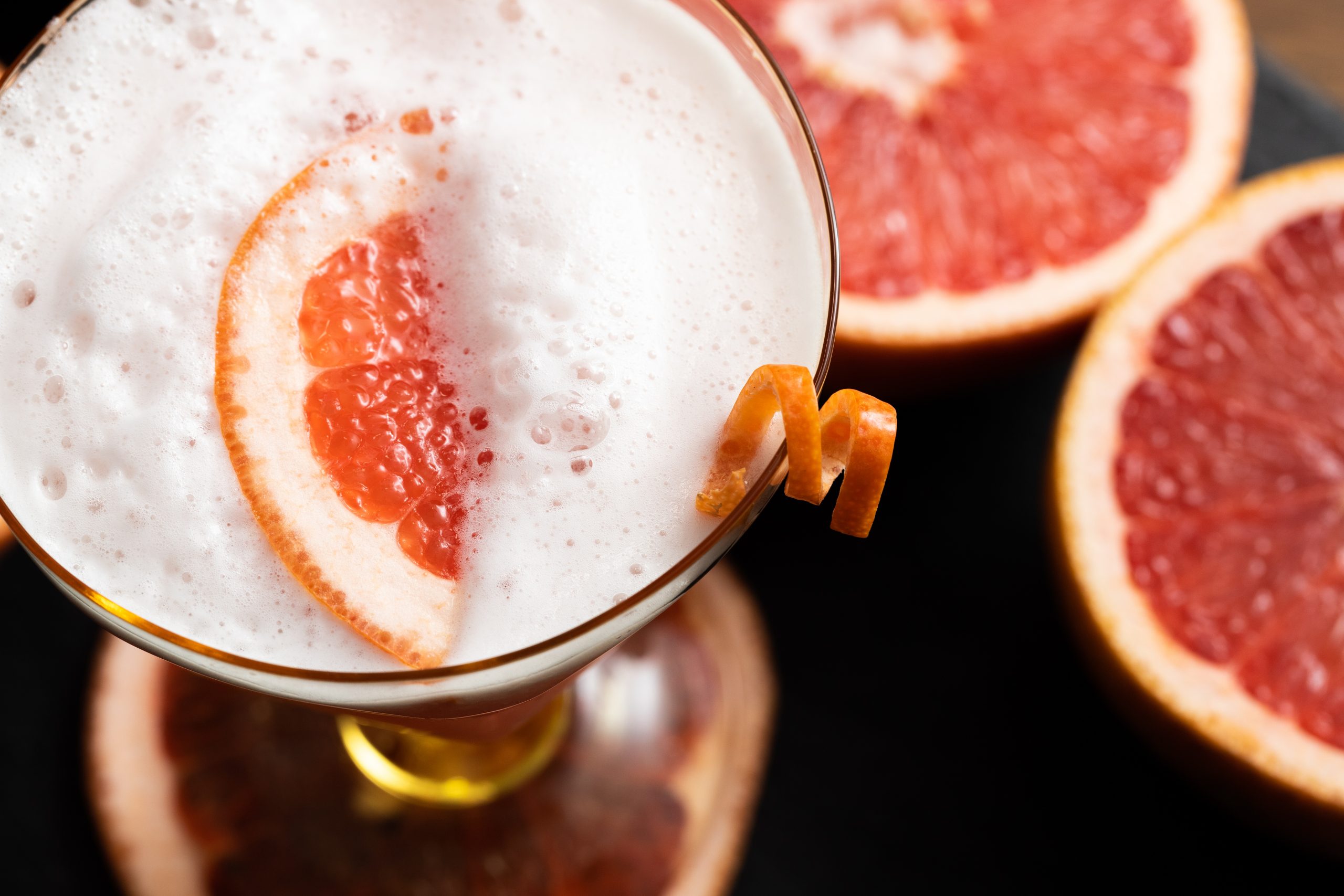 A classic whiskey sour is traditionally made with whiskey, lemon juice, a sweetener and egg white. The egg white balances out the sour, but also adds another flavor texture to the cocktail.

You can make this cocktail without the egg, but I highly suggest you try it with the egg white. I simply adore the creaminess it adds to cocktails and it pairs wonderfully with the sour from the ruby red grapefruit.

A traditional whiskey sour is finished off with bitters. I omitted this step because I really wanted the ruby red grapefruit juice to shine through. 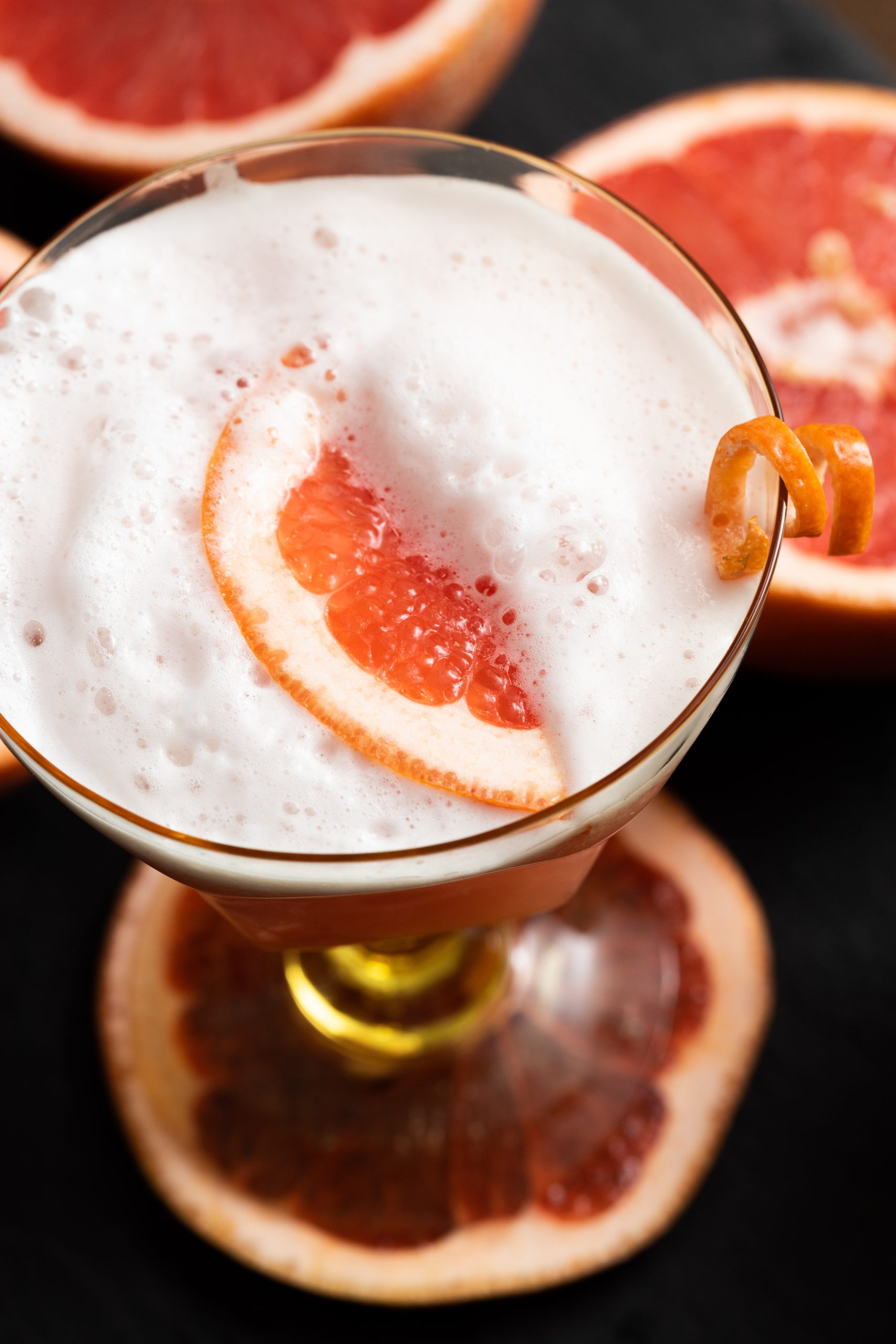 Egg White: Adding an egg white to a cocktail adds creaminess, help to balance out the flavors and adds a layer of texture that really elevates a cocktail. I know the addition of egg white can make some people squeamish, but I highly suggest at least trying it once. To create the foamy egg white, you will really want to shake your cocktail vigorously for at least 30 seconds. When straining you are looking for a thick frothy white head that is half an inch separated from the rest of the cocktail, this is a good sign you have shaken your cocktail long enough. If adding a raw egg white make you nervous you can use pasteurized egg white which are sold in cartons or simply omit from the cocktail. 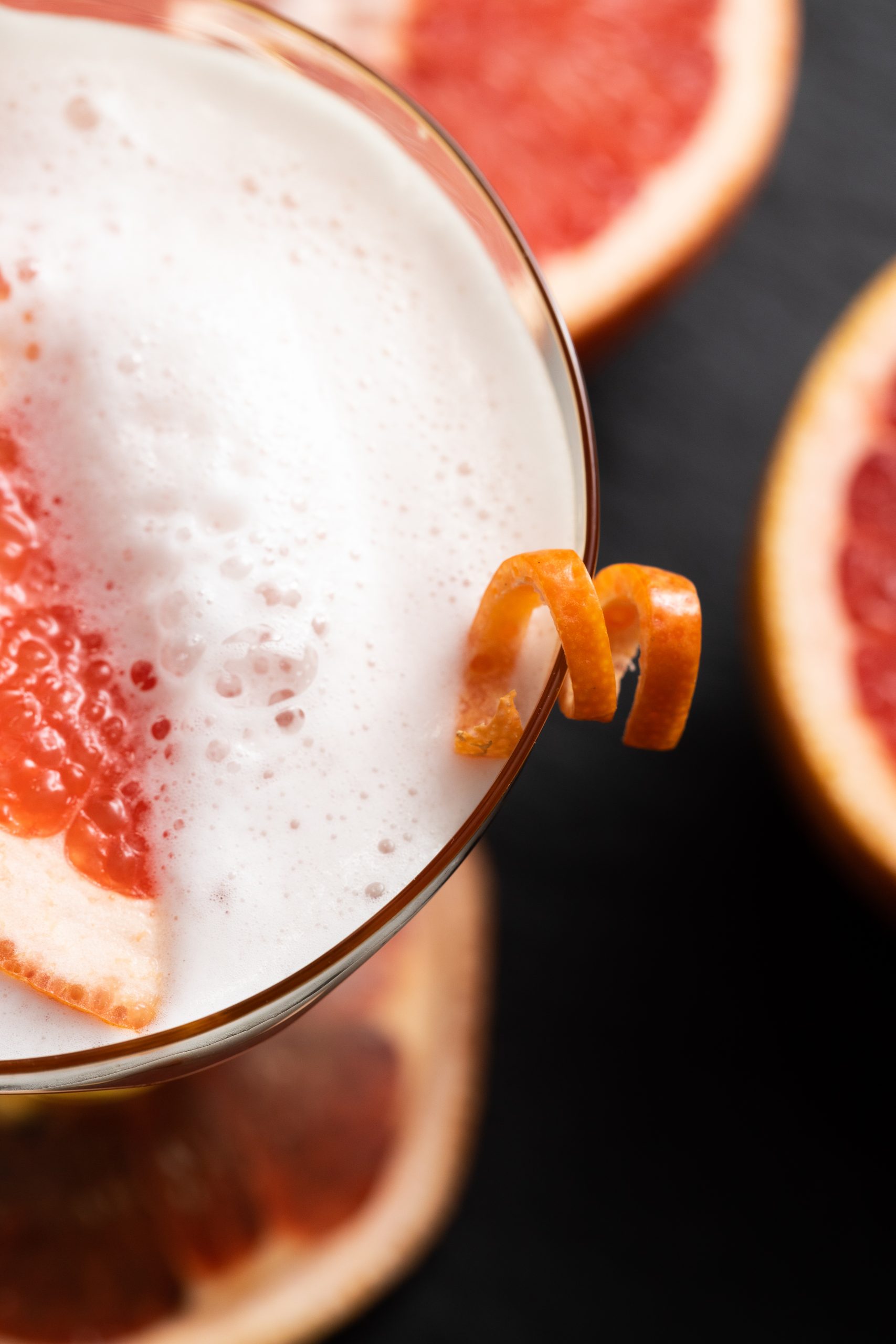 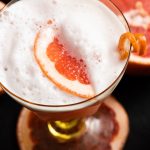