Cazuela Apple Honey Margarita with Cinnamon Bee Pollen Rim is a gorgeous margarita to welcome Fall. Tequila Reposado mixed with apple cider, honey simple syrup, citrus and garnished with a cinnamon, bee pollen rim. Apple Honey Margaritas are the perfect fall cocktail to sip on Saturday or Sunday brunch. Served in a cazuela I garnish my apple honey margaritas with fresh slices of apples for that extra special touch. 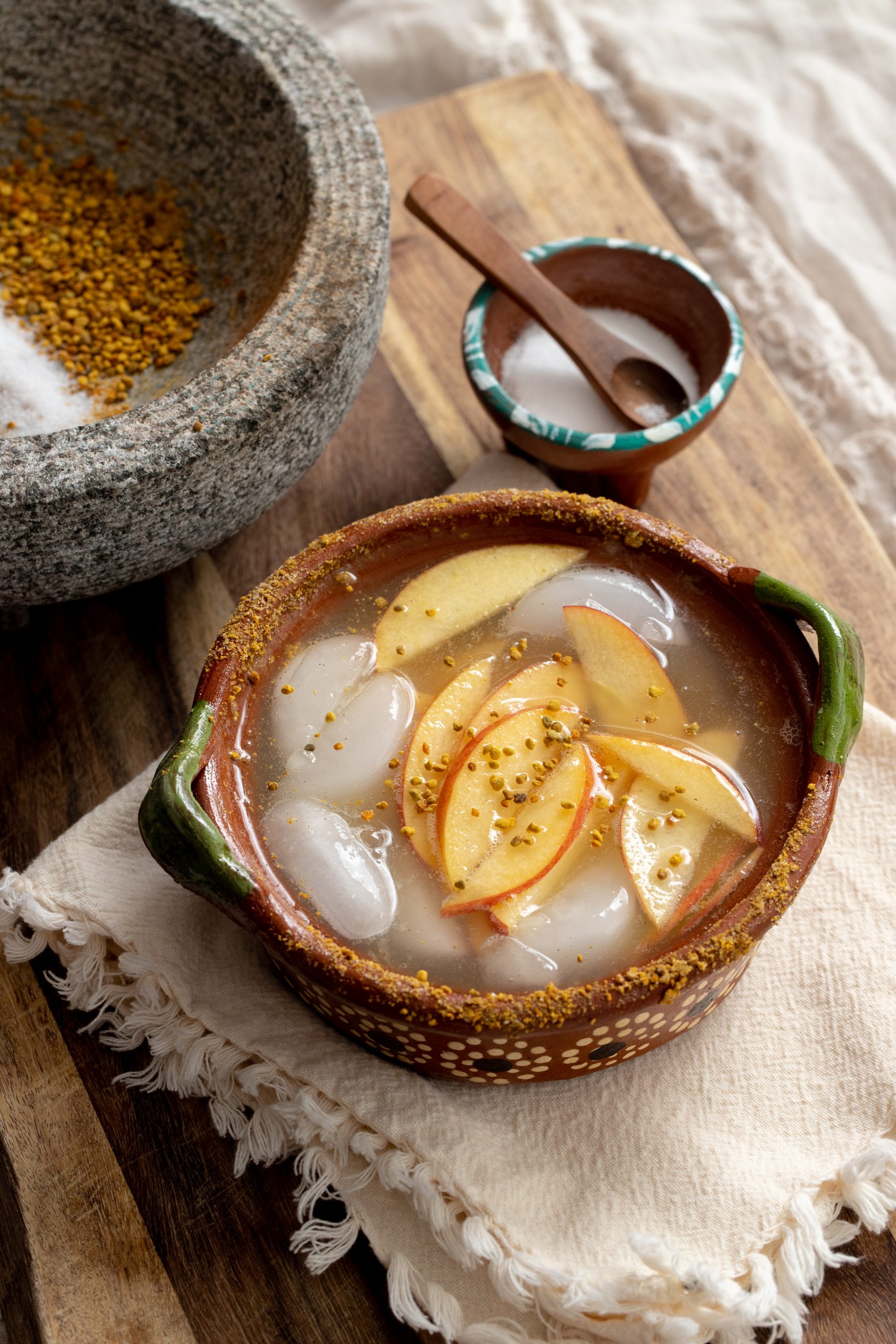 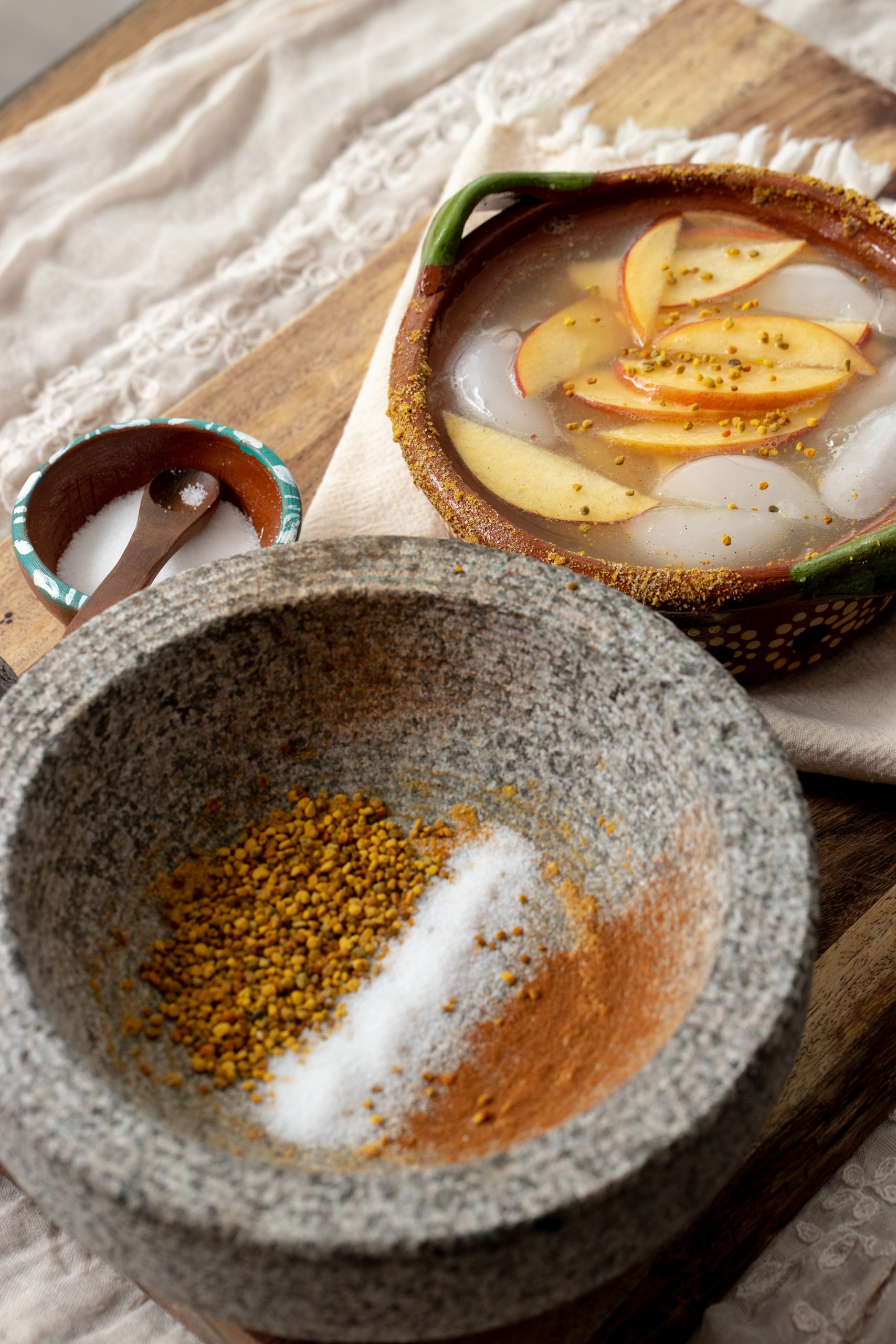 I served my apple honey margaritas for my brunch crew alongside a heaping plate of warm chilaquiles and scrambled eggs – my brunch crew gave it two thumbs up.

Made with apple cider this margarita can easily come together in no time with a few simple minutes of prep. I made the honey simple syrup a few days in advance and stored in the fridge, a few shakes before your ready to shake up your margarita and you are set. 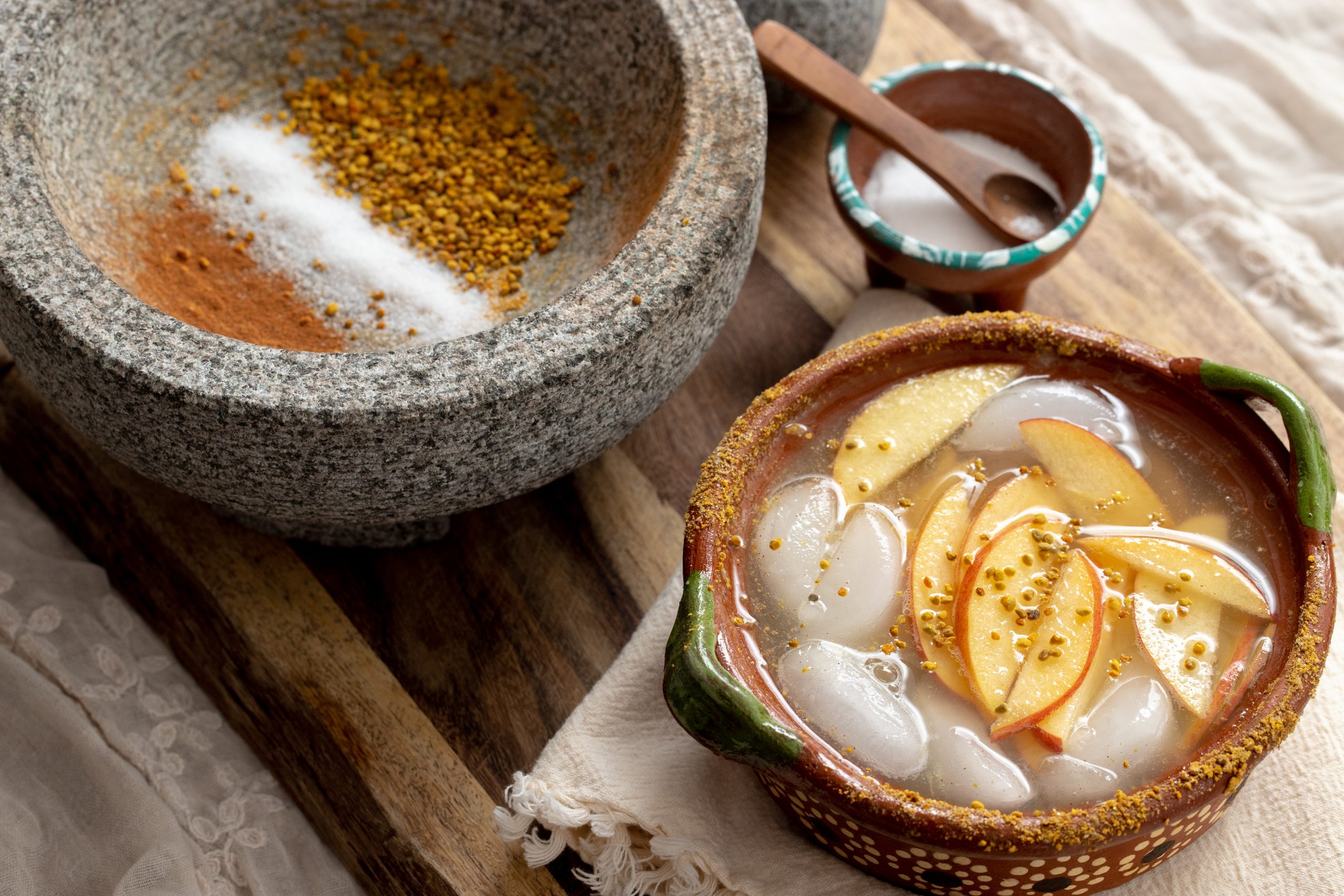 I wanted to add a special touch to my cazuela rim with a pop of color. I used bee pollen which is not only delicious it adds a subtle hint of warmth and sweetness. Finely ground in a molcajete with ground cinnamon and salt both salty and sweet combine to create a gorgeous fall inspired cocktail rim. 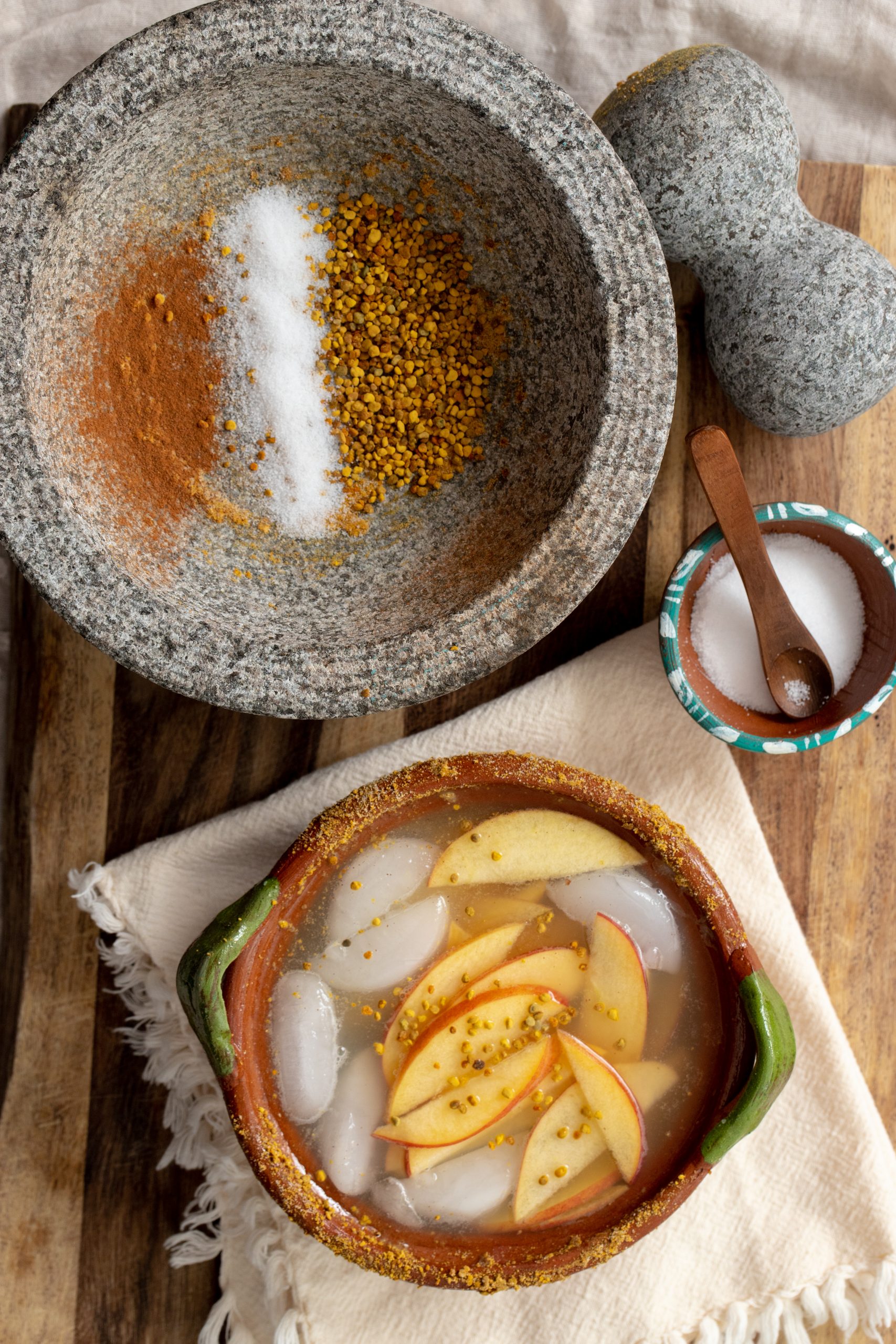 I grinded my cinnamon bee pollen rim before guest arrived and left it in the molcajete so my brunch crew could rim their own cazuela then shake their apple honey margarita themselves. I find guest love an interactive cocktail set-up. 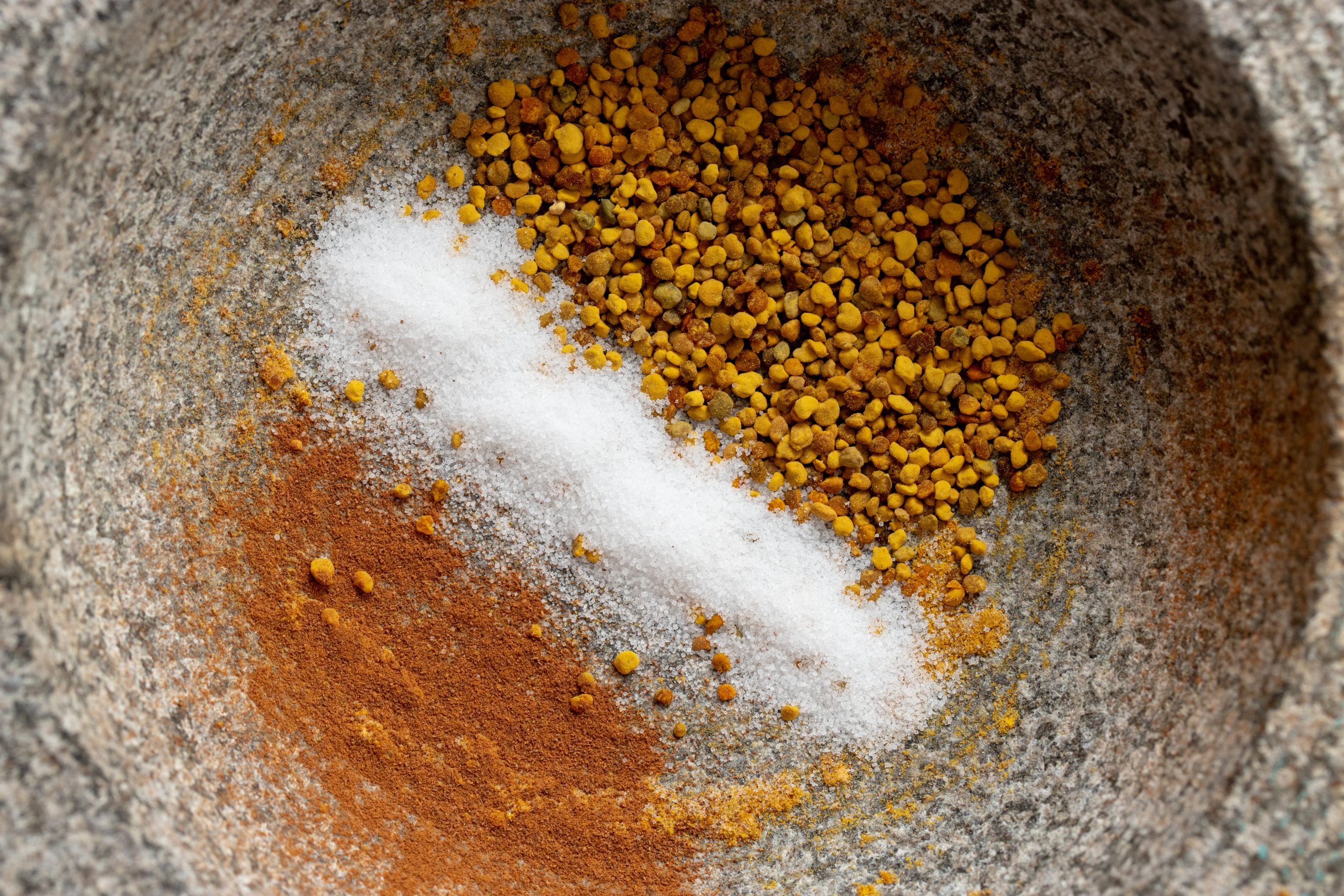 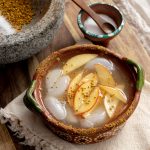