A creamy horchata based latte made in the slow cooker is the ultimate Sunday brunch sipper. 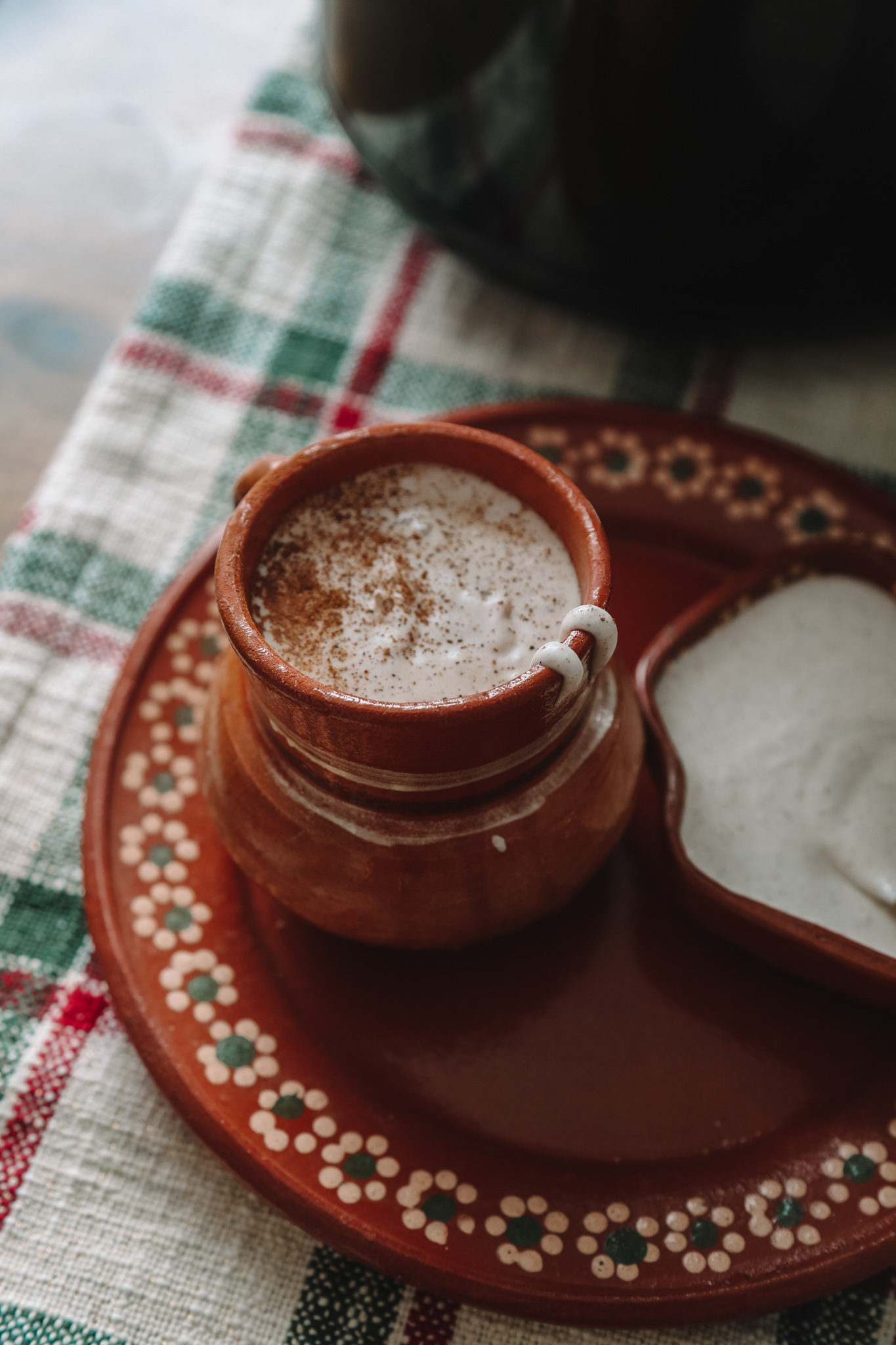 When we lived in San Antonio going out for Sunday brunch was something we all looked forward to each week.

We were able to support a small business, enjoy an amazing meal and spend a few hours lazily at the table chatting about our week.

We have since moved home to our small farm town, where the closest place to Sunday brunch is 30 minutes away.

Made in the slow cooker horchata latte are not only easy to make, but the latte taste also even better the next day transformed into iced latte. 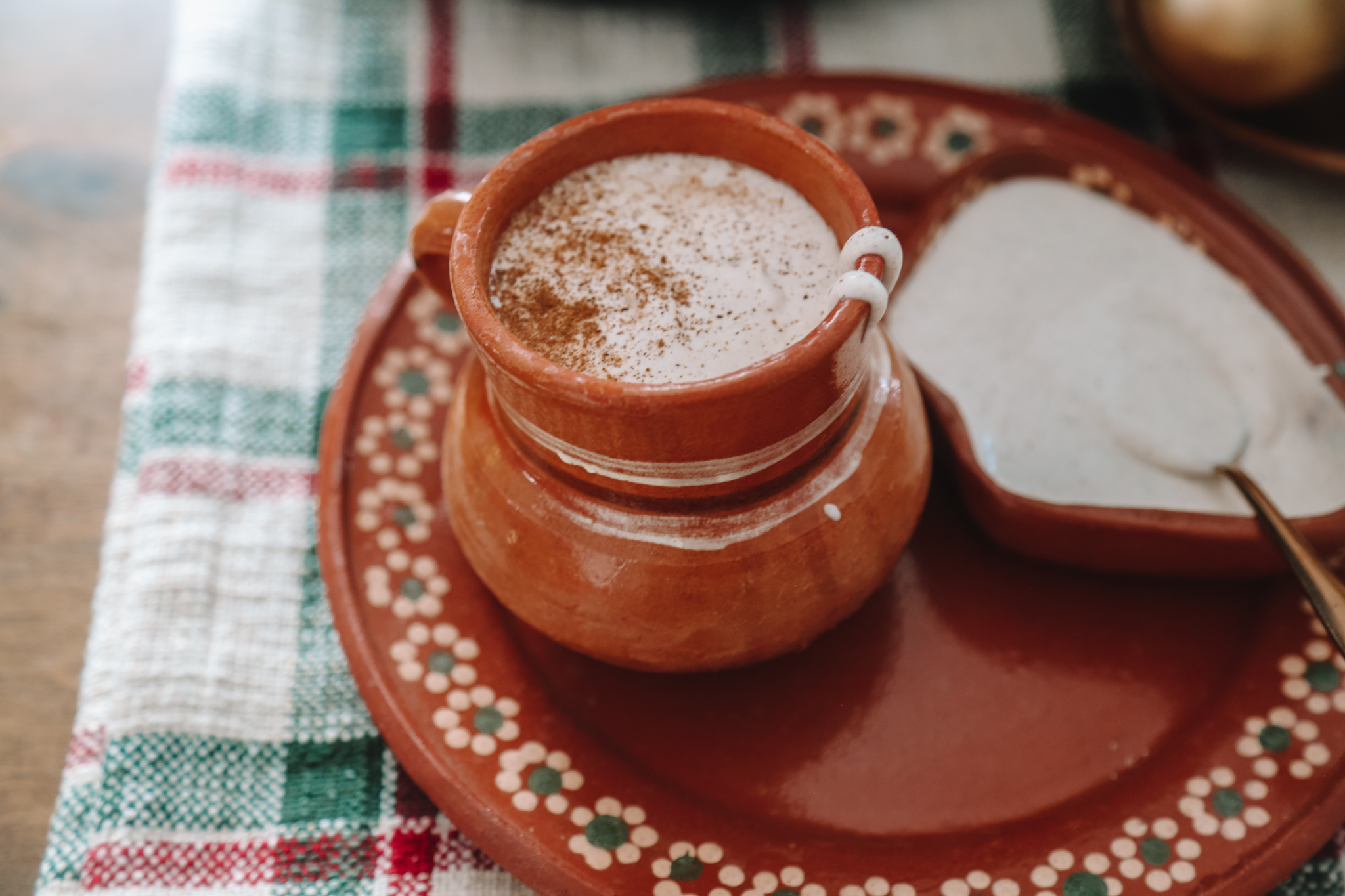 I add cinnamon sticks to the slow cooker, pero you can substitute ground cinnamon. 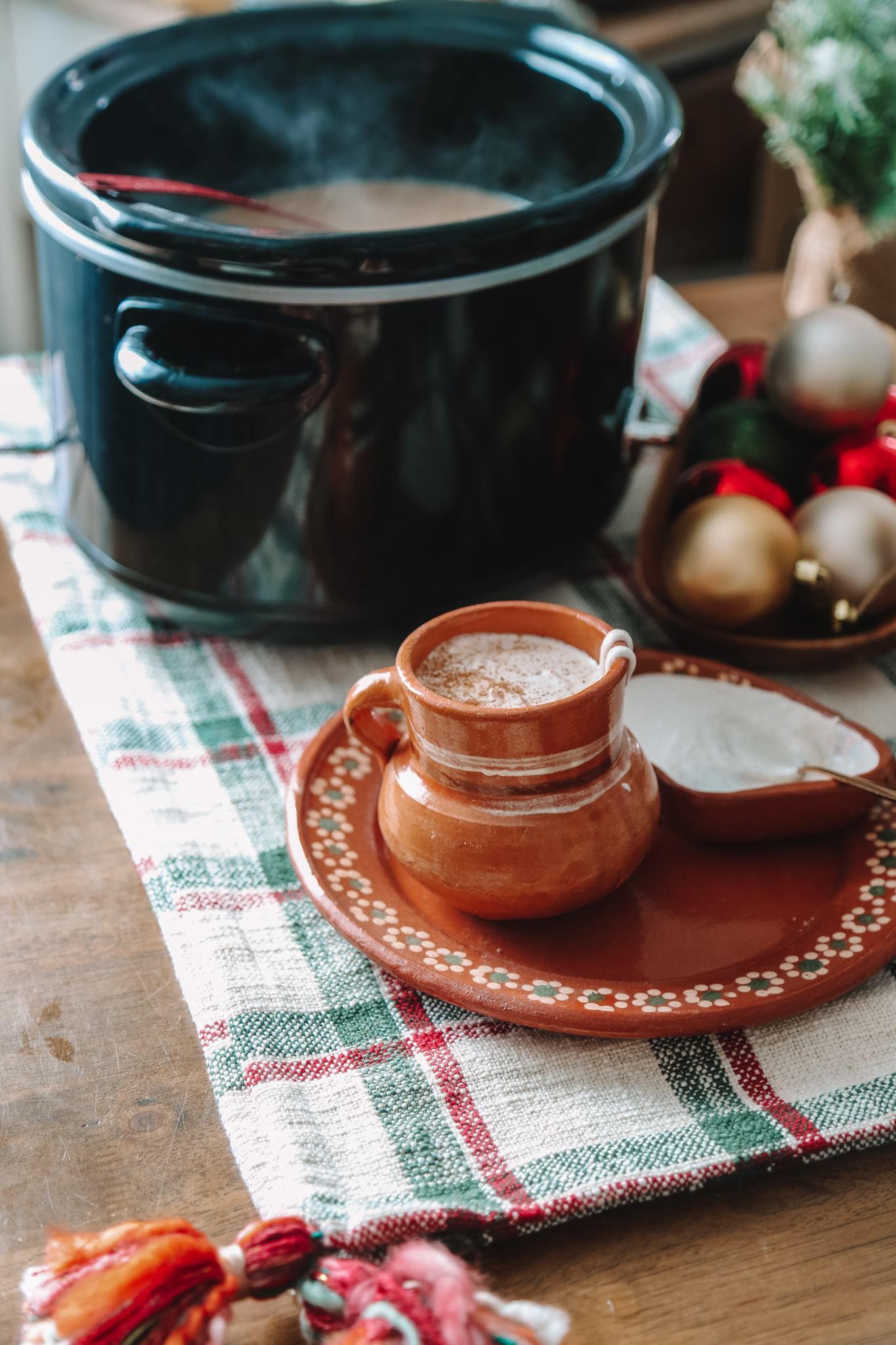 HOW MUCH GROUND CINNAMON EQUALS ONE CINNAMON STICK?

I added instant espresso to my make my horchata latte.

I always have instant espresso in my pantry to use in my recipes or café.

I add it to my steak or fajita rubs, pot of chili, brownies, cake frostings or in my husband morning protein shakes.

Here is a list of great instant coffee brands for reference. 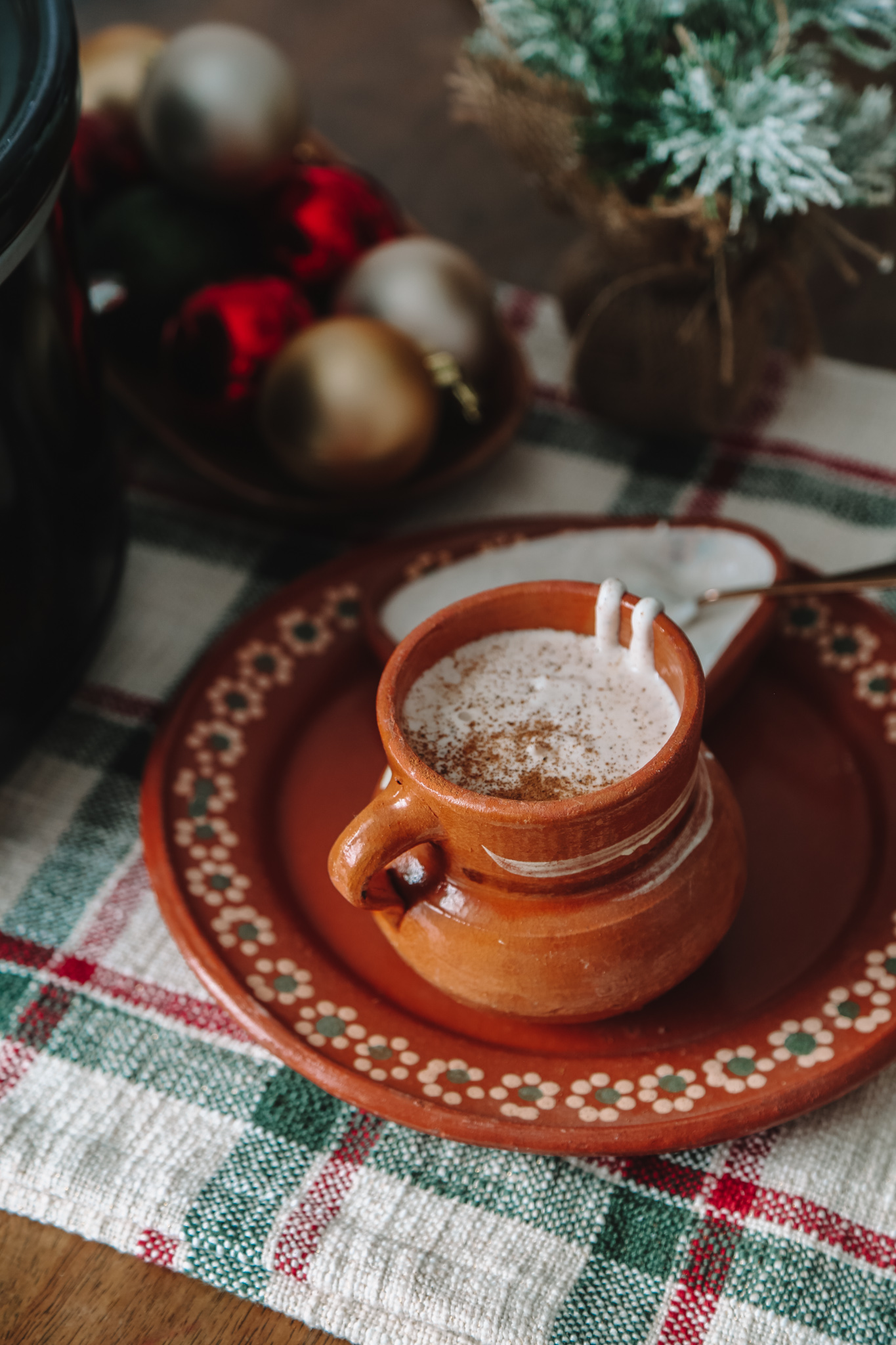 Heavy cream, ground cinnamon, vanilla extract and sugar are whipped until light and foamy then spooned on your mug of warm horchata latte. 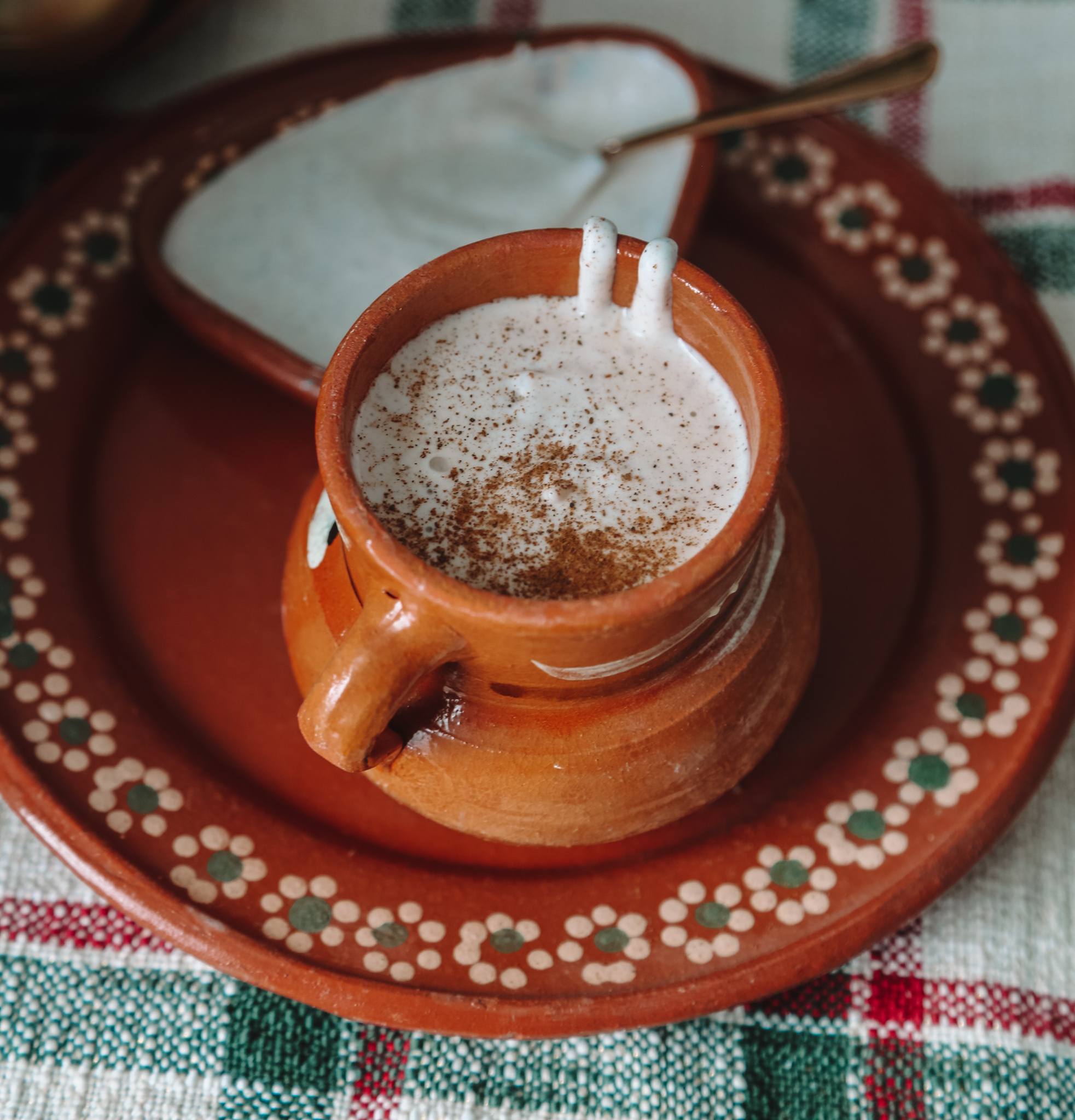 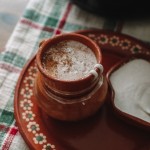