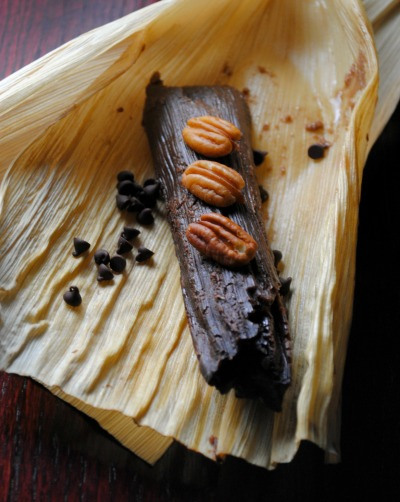 Tomorrow is December 12 a day dedicated to La Reina de Mexico (The Queen of Mexico), The Celebration of the Virgin Mary. We will bundle up as a family and head out to 5:30 am mass to sing Las Mananitas to the Virgin Mary and attend mass. This year I am even more excited as my little sister and her kids will be joining us.  The more the merrier! After mass, as we always do we will head out to our favorite panderia (bakery) and pick up freshly made bolillos to enjoy with our breakfast.

Last year I baked bolillos for the occasion, but this year I plan to arrive home to a steamy pot of sweet tamales. A chocolate based masa with a hint of chile and lightly sweetened with piloncillo. Filled with pecans and chocolate chips these tamales are best accompanied by una taza de café bien cargado, like my papi would say. And after such an early start to the morning a strong cup of coffee and sweet tamale is exactly what I crave, Enjoy! 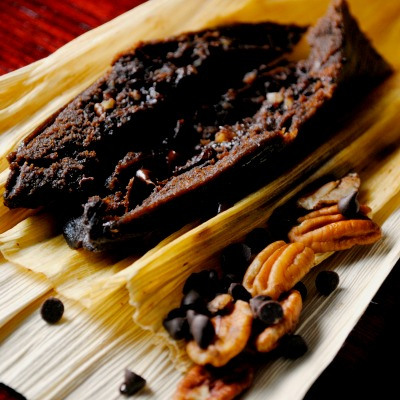 On December 12 millions will gather for processions, prayer, song, dance and community to celebrate La Reina de Mexico (The Queen of Mexico) on her feast day. The Celebration of the Virgin Mary begins on December 3 and ends on her dedicated day the December 12.

This day is set aside to honor the day she appeared on Tepeyac the pre hispanic site of the temple Tontanslin where her imaged appeared on Juan Diego’s tilma (cloak) as he consulted with the Bishop Zumárraga. 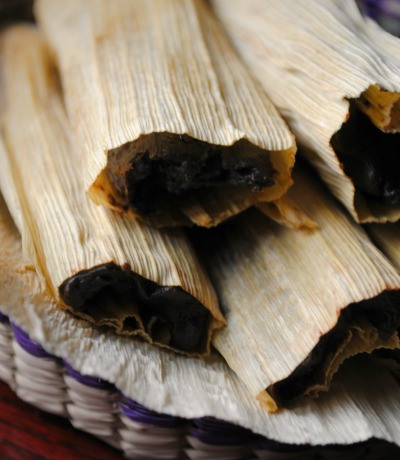 My mom re-heats her tamales the next day on a warm comal. The tamale husk crisp slightly and the masa toasts up a bit like a gordita. The house wafts a corn smell that quickly draws everyone into her tiny kitchen. Give it a try next time. 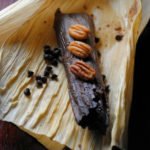 Tamales are done when the inside pull away from the husk. The tamale should be soft, firm and not mushy.
You can use thin strips of corn husks to tie the tamale together, although this is isn’t necessary.