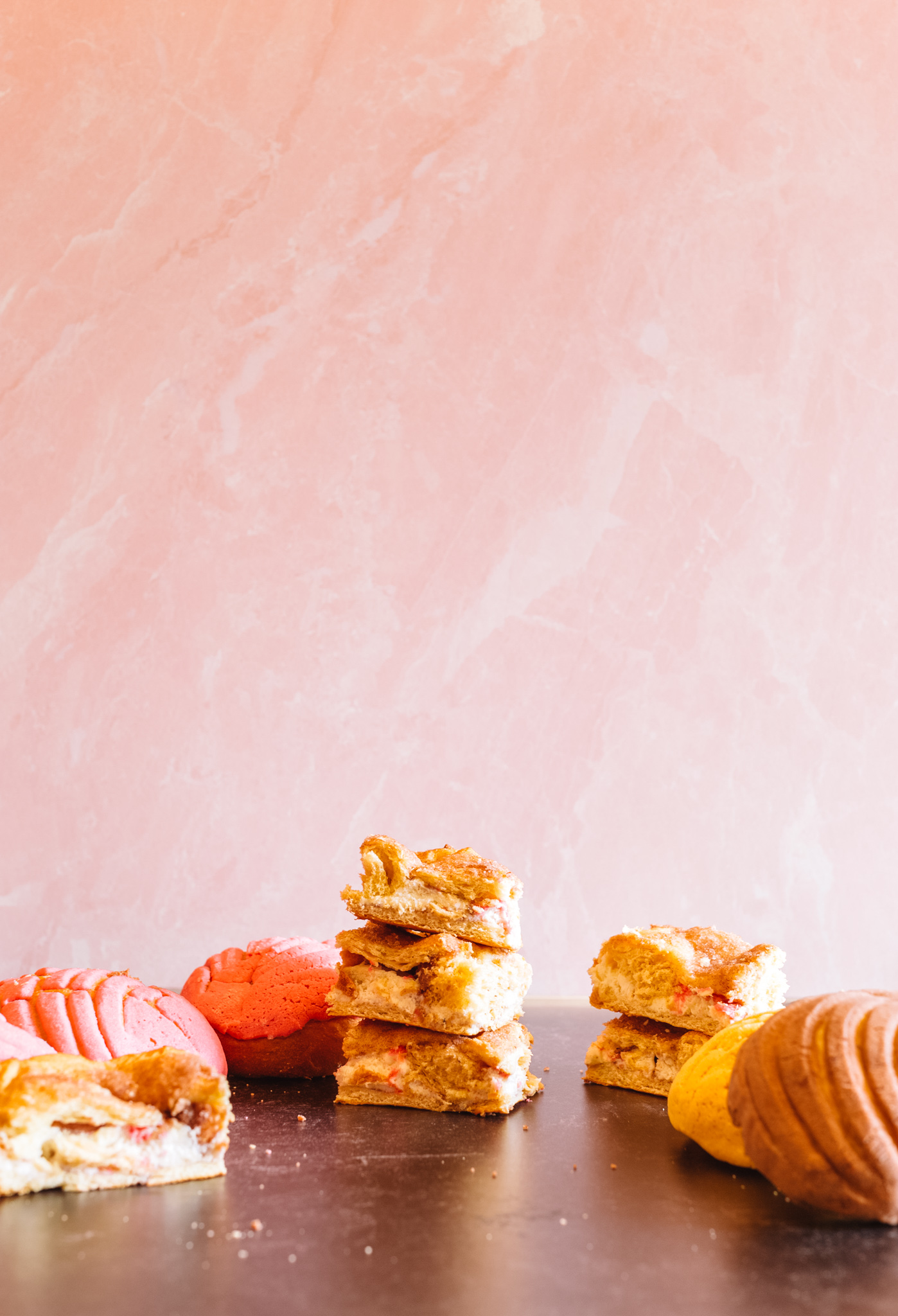 Sopapillas Baby! Y’all know I love them, so por supuesto I had to give them a twist by adding conchas. Soft, fluffy conchas diced nestled over a sweet cream cheese filling are sandwiched between two layers of buttery cinnamon crescent rolls. They are SO good!

The sweet smell of conchas reminds me of my childhood. Nothing made me happier than walking to the panaderia with my Abuelito to buy pan dulce – the pink ones were my sister’s favorite; I preferred a chocolate concha. They were soft, fluffy, and sweet just like my Abuelito. 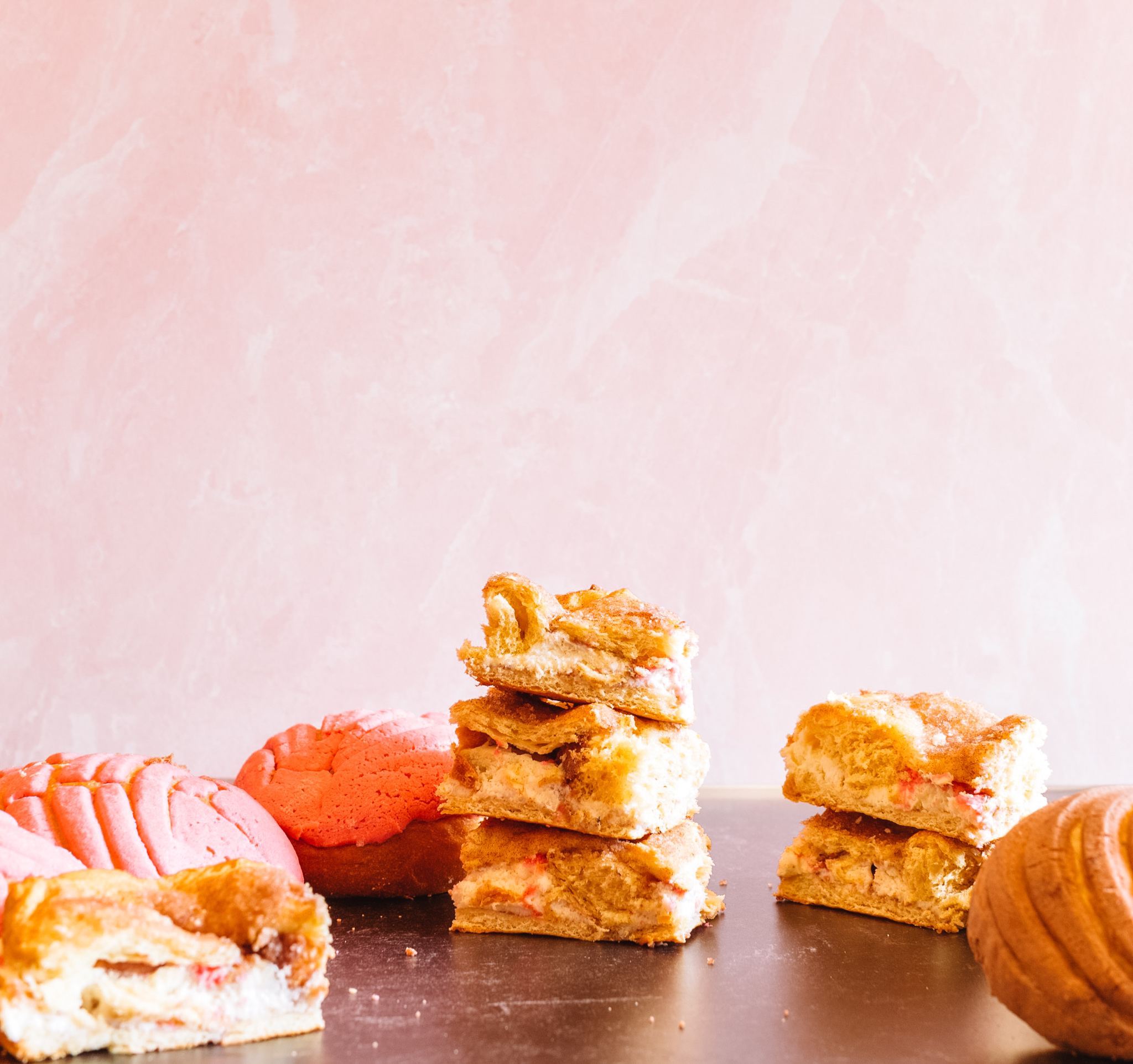 No other pan dulce represents our heritage culture, love of Mexico and reminds us of home and family like the concha.

The concha is SO much more than just a delicious pastry, it is part of our childhood, our memories of time with the family and the sweetest gift we share with our children.

What I also love is that talented bakers & bakeries are continuing to bake, share and experiment with our beloved concha gifting us with amazing new flavors, new concha designs and desserts featuring the concha – todo el talento 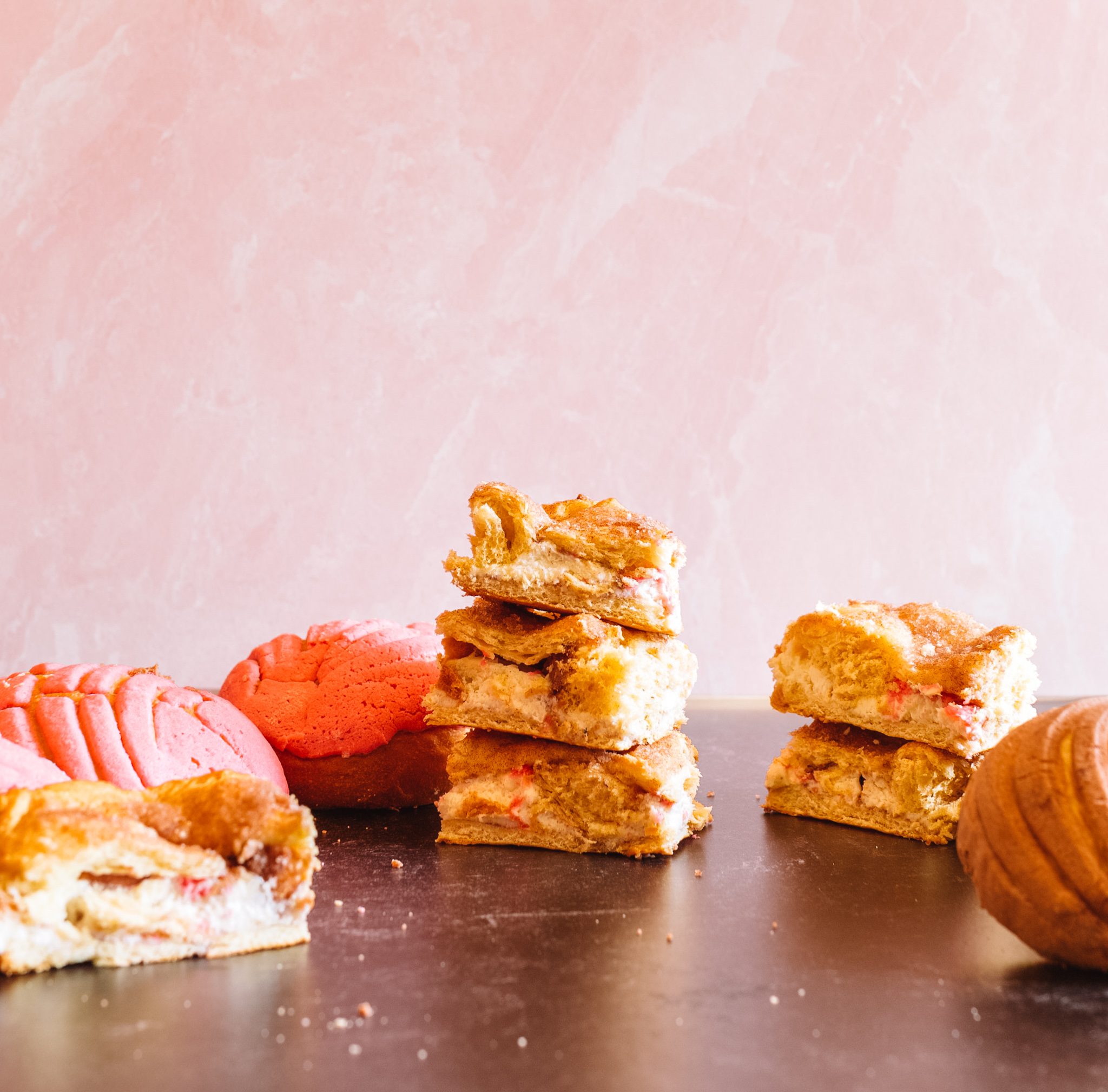 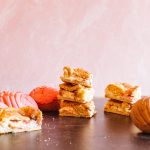